Weddings are surrounded by old age traditions of many types. Some seem to have been carried on through the years while others have vanished into the past. Families will have their own personal traditions on what should be done on and around the wedding day, while others do not believe in all the history behind these traditions.

Although we are aware of many of these traditions and I am sure most of you will have had or will be going to include some in your special day, I realised I was unaware of where some of these traditions came from. Why they had been carried out over so many years and what was the reasoning behind it all? I decided it was time to investigate. I have chosen my favourite ones and here is what I found.

1. Why do we have bridesmaids?

It is believed that this tradition originated from Roman Law, where ten witnesses were required in order to outsmart evil spirits. These witnesses would be dressed in identical clothes to the bride so that the evil spirits would not know who was the one getting married! 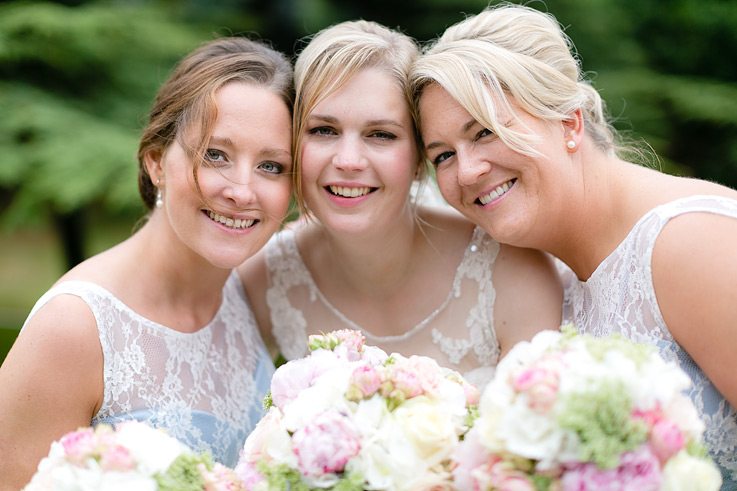 2. Why do we wear our wedding ring on the ring finger of our left hand?

In ancient times, before medical research had evolved, it was believed that there was a vein in your finger of your left hand that ran straight to the heart. By placing a ring on this finger was a symbol of a bride and grooms possession of each other. Since then, it has been discovered that actually every finger has a vein running to the heart!!

3. Why does the bride stand on the grooms left at the altar?

This tradition dates back to the old days of ‘marriage by capture’ when the groom would need his right hand, which he used to hold his sword, free incase he should need to protect his bride from any other suitors who may try to steal her at the last minute! 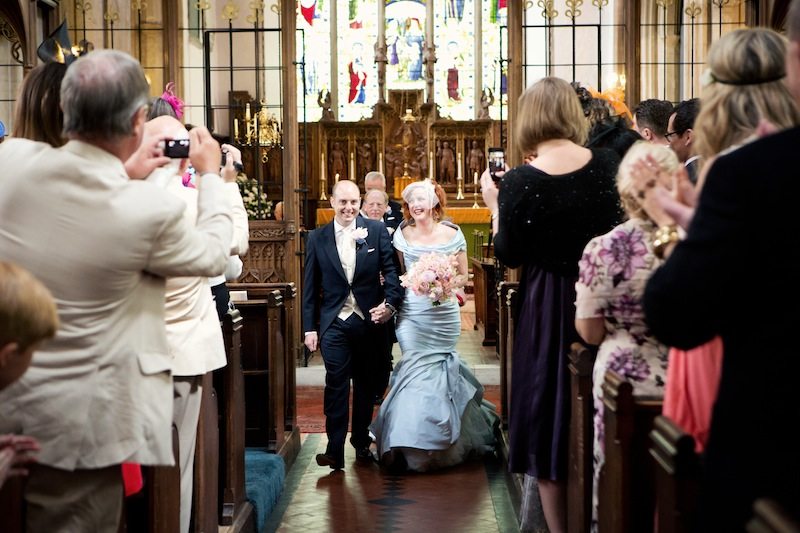 4. Why does the groom have a best man?

Interestingly, the tradition of the ‘best man” is thought to have originated with the Germanic Goths of the 16th Century. The best man would have had one specific job; to steal the bride from her neighbouring community or disapproving family and stand beside the groom during the ceremony as a shield between the groom and angry members of the bride’s family! He was also though to be the best swordsman too (of course). 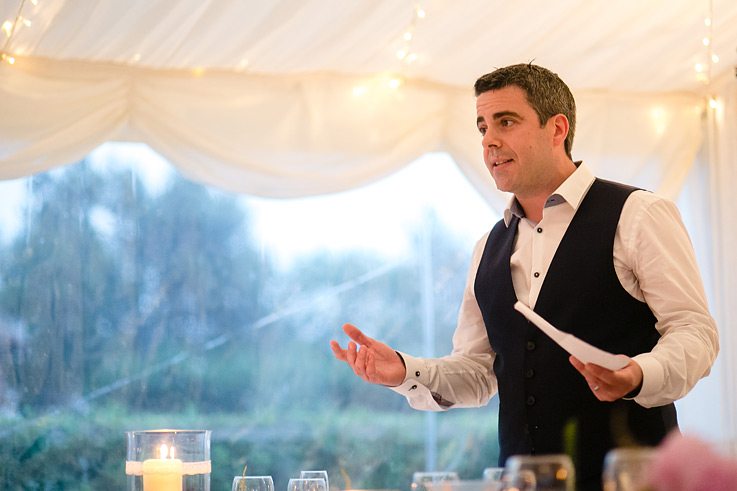 5. Where does tossing of the garter come from?

It is said that in the past the bride and groom had to show proof that they had “consummated’ their marriage and for them to prove this it was common for family and friends to join the couple in the bedroom! They would take the garter as proof that they had witnessed the ‘consummation”. This sometimes got a little out of hand and would end up with the onlookers ripping off the newly weds clothing with the hopes of good luck coming from this. As you can imagine, this was not what the bride and groom ideally wanted on the wedding night and therefore the groom started to toss the garter of out the bedroom with the hope of some privacy.

Over the years, this tradition moved from the bedroom to the reception so as to save the modestly of the poor bride and groom. The garter would be tossed, and the man to catch it was thought to be the next to marry.

I then researched why the brides bouquet was traditionally thrown and interestingly learnt that the throwing of the bouquet took over from the tossing of the garter as the bride for so fed up with drunken gentlemen trying to rip of her garter!

A sixpence in her shoe.

This traditional rhyme dating back to 1898, was written to explain what a woman should wear on the wedding day to bring her good luck.

It is thought that the something blue would be the garter and the something borrowed should be an undergarment from a woman that has been blessed with children. This apparently symbolises fertility for the bride. 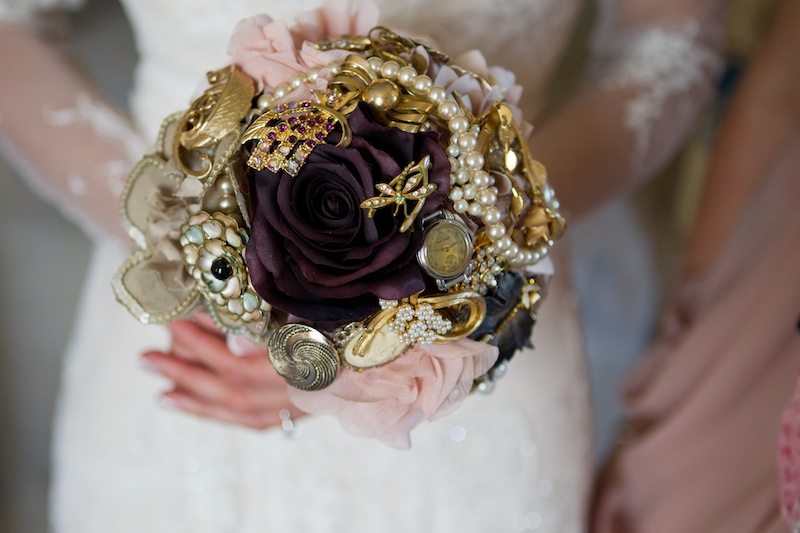 7. Why does the bride get carried over the threshold?

Leaving the reception early to rush back to carry your new wife across the threshold of your new home together, as romantic as it sounds, no longer seems to be the norm anymore. Brides and grooms will still be partying with their guests far too busy to be concerned with this tradition. However, when researching where this romantic act came from, I found some very interesting reasons behind it.

Firstly, the carrying over the threshold symbolised the groom kidnapping his new bride from her family and bringing her into the new family they would be creating together.

Secondly, it was thought that if the bride was to trip over the threshold then it would bring the marriage and their home back luck. So the groom would carry her over to cut out the risk.

Thirdly, there was superstition that a bride would attract evil spirits and bring them into the home. By carrying her over the threshold this would stop the spirits taking hold.

Then fourthly, and unexpectedly, I found that it was thought that in Medieval Europe, carrying a bride into her new home would prevent her from seeming over enthusiastic about looking her virginity! This enables the groom to provide an alibi for his wife’s chastity. I am not entirely sure that would be the case nowadays.