In April I was contacted by Sue who needed help finalising a party for her husbands 60th in June. She had booked Theydon Bois Golf Club and knew she wanted a 1950’s picnic theme, but wasn’t sure how to implement this. 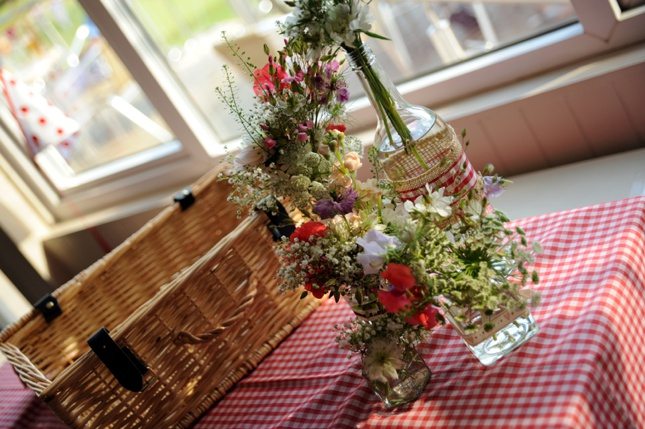 For the table design I felt we needed to have red gingham cloths for the tables to really give it the picnic feel.  Clare from Traditional Vintage Flower company created scrumptious displays with jars and bottles lining the tables with various ribbons and hessian. The stationery was from HipHip Hooray which I adored! The chairs at the venue weren’t quite right so I hired in chairs more suited to the theme. 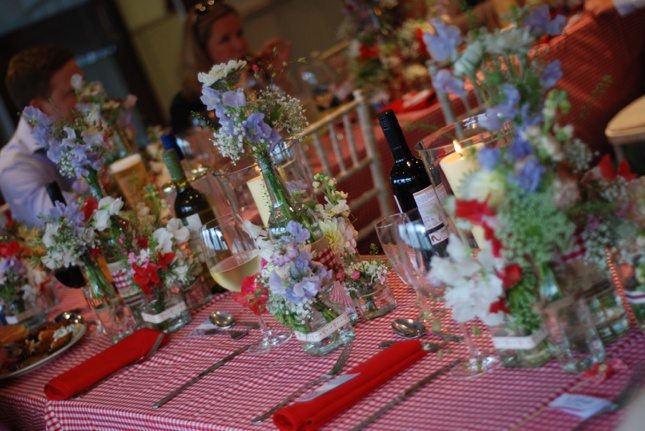 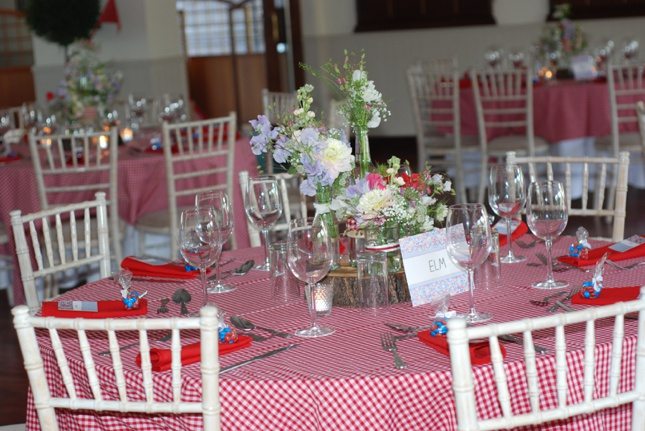 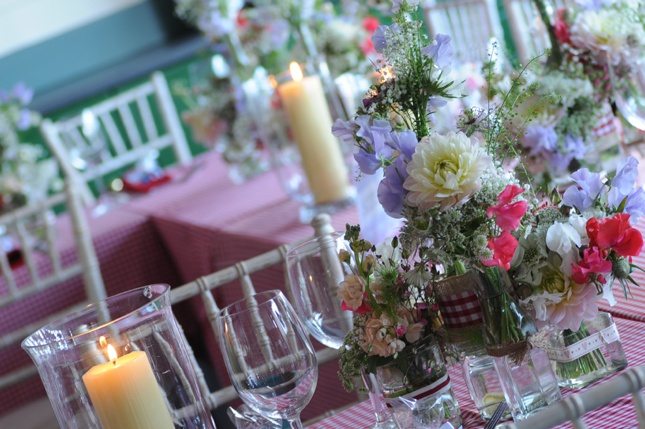 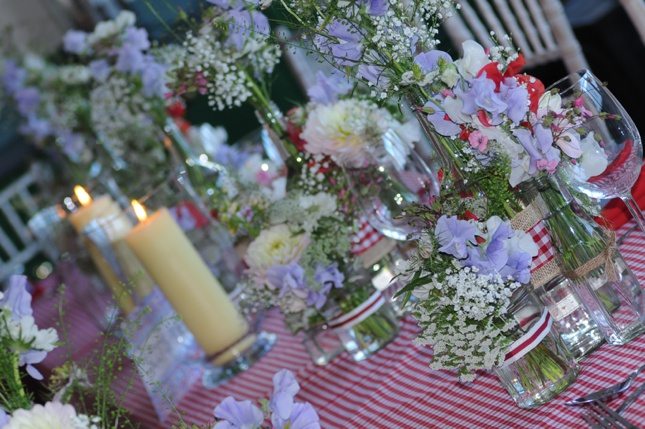 The children had picnics within little wicker hampers set aside in an adjoining room complete with games and wigwam to play in. The BBQ was done in house by Pembermans. 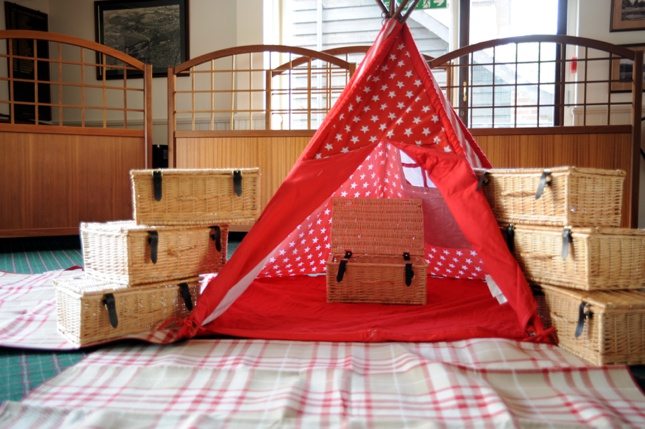 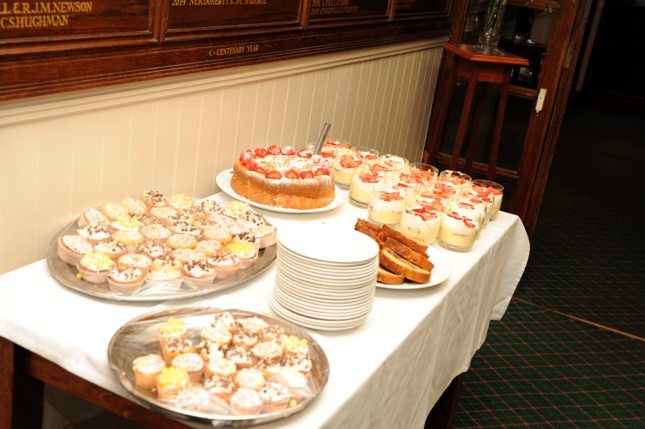 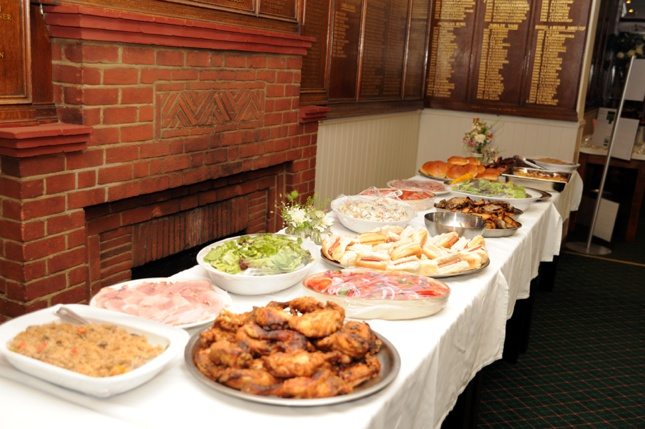 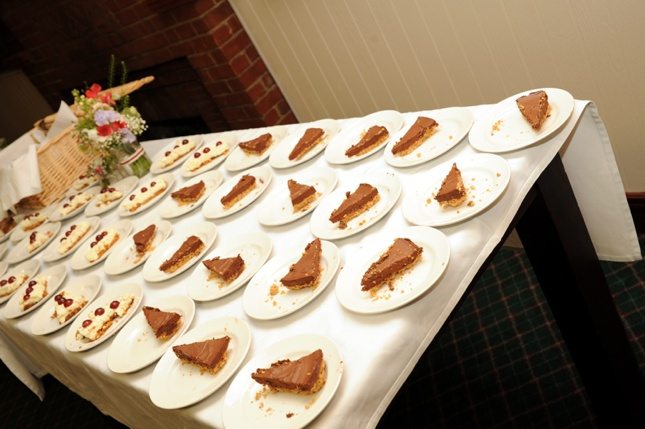 Apart from the tables and fifties bunting, I decided to leave the interior of the golf club alone. There are many rules you need to respect in a golf club which I understood perfectly. 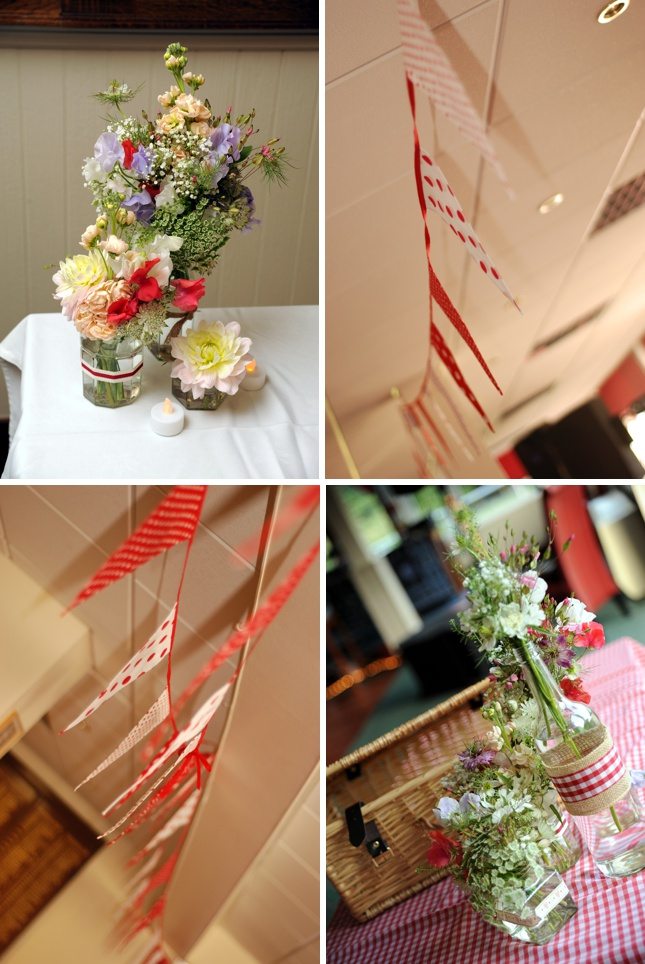 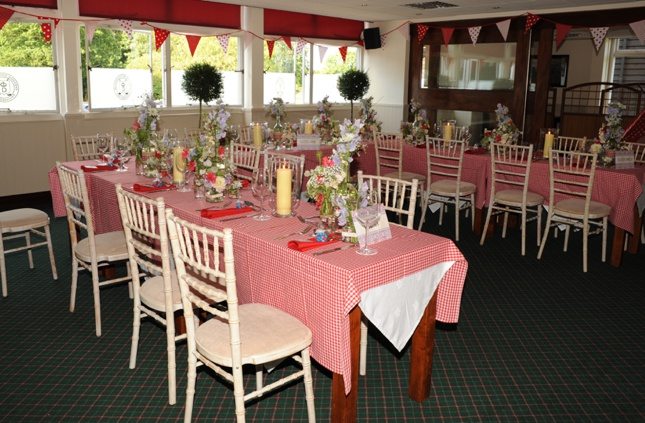 The seating plan was a collaboration between Clare and myself. A miniature garden was created complete with white picket fence, within this were mini pinwheels with flags of each guests name and relevant table. 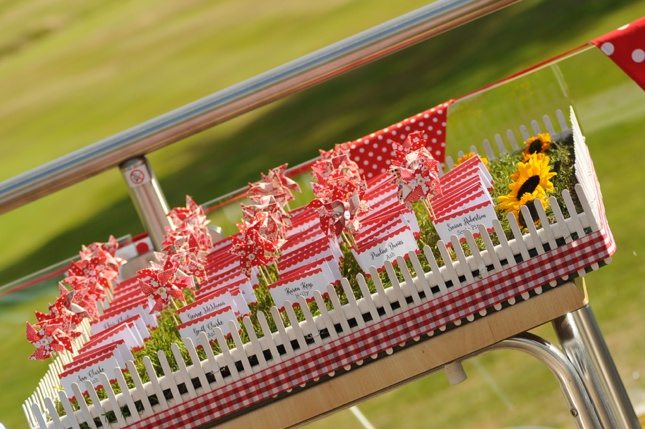 Once the design was in place I knew we needed some entertainment to make it a party to remember. Towards the end of the meal Ian Gallagher crooned some Frank Sinatra songs and guests even had a little dance.  One of the things I wanted to do was bring a bit of sexiness into the party and I did this in two ways. Whilst the disco was in swing (excuse the pun) some beautiful jive dancers came out to perform, then a little later Marilyn Monroe joined the party and sung “Happy Birthday”. 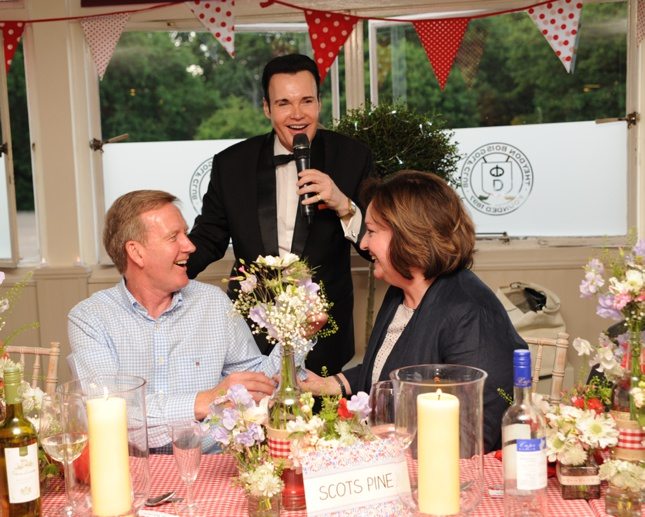 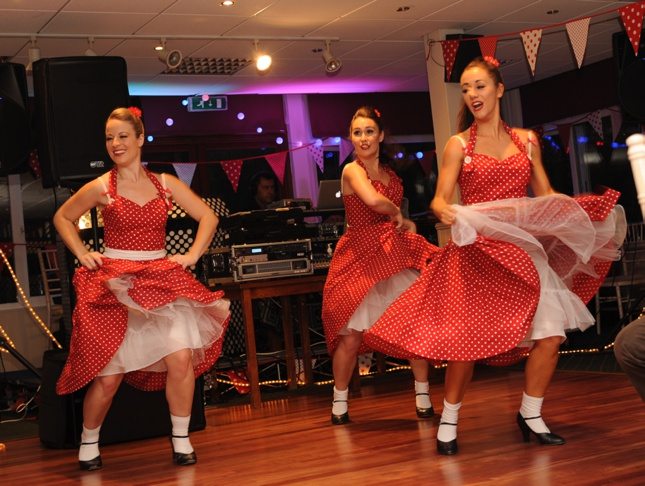 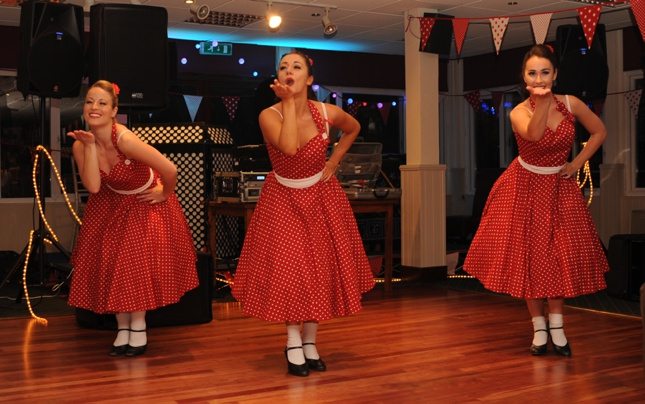 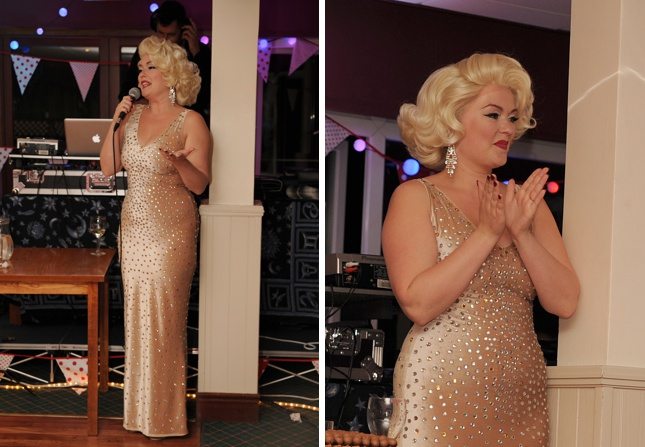 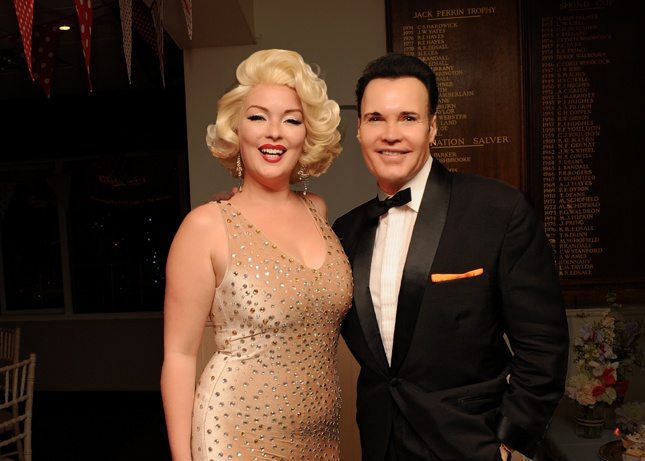 Lisa and I had a fantastic time at the party, all the guests and staff were a pleasure to meet.

“Ritchie was super stunned by his party, he enjoyed every single minute from the moment he arrived.   We have had so much feedback from guests and I’m collating for you to use.   I was so pleased to have found you – your interpretation of my ideas was incredible and with your contacts, the party was better than anything I could have hoped for.” 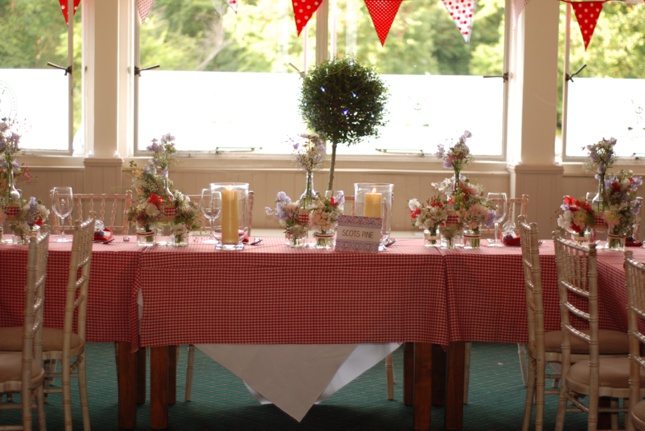 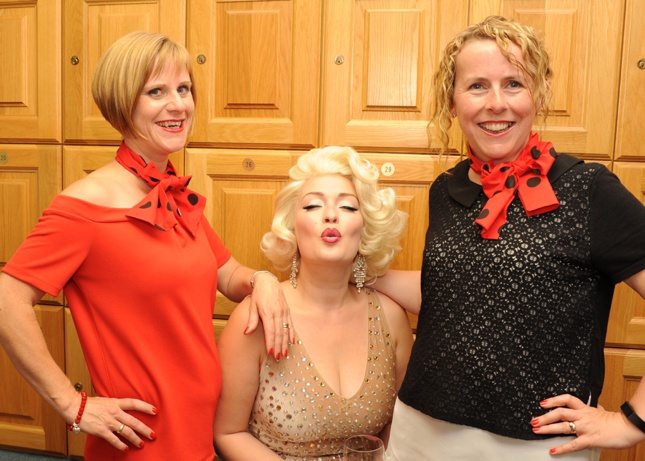 Please get in touch if you would like plan a themed birthday party.