On the 6th October I was in London running a training course for the UKAWP, whilst there I received a call from a lady asking if I was free to organise a party for her 50th  birthday on the 20th October. I arranged to see her on the 7th  where I showed her lots of images to get an understanding of her likes/dislikes, this was no formal consultation and I wouldn’t be sending a proposal. With such a short timescale there was no time for various meetings or phone calls, especially considering I would be in New York 10th – 15th October! We decided on a party theme of Autumn so wonderfully seasonal. 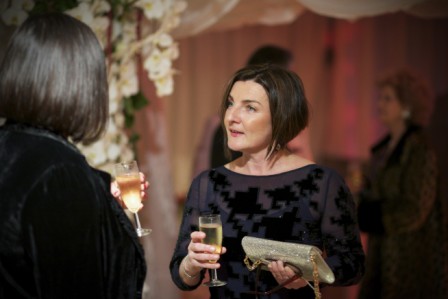 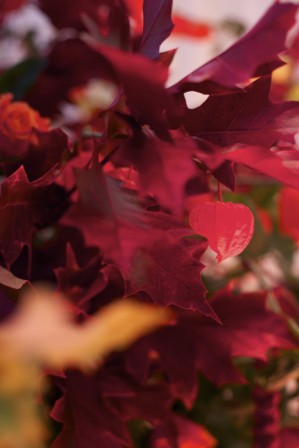 The party was to take place at their home in Suffolk in a hanger/barn, thus I arranged for James to line & light the space for me, Mark from American Marquees carpeted the hanger and added a small frame marquee for the entrance. On the day it was hard to tell where the hanger started as the connection was seamless. 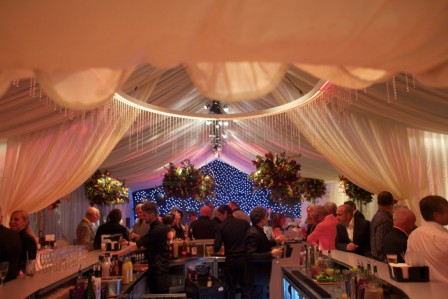 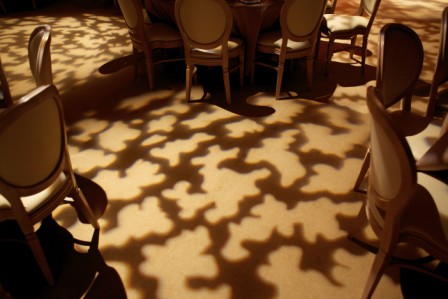 I hired Caroline from Endless Love to be my lady on the ground when I was in New York and co-ordinate the party on the day as I was at a wedding. I trained Caroline many years ago and she is one of our fabulous members at the UKAWP. At breakfast before heading out for meetings in N.Y I would email Caroline for a catch up! We had a lot of fun setting the party up on the Friday and I am grateful she was there on my behalf on the Saturday. 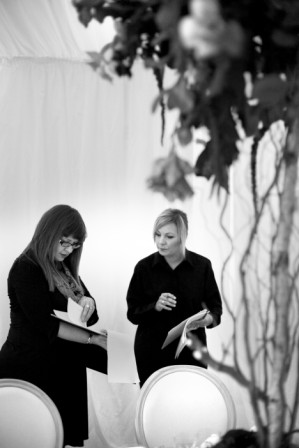 I consider myself lucky I have so many fabulous suppliers at my disposal meaning I was able to organise the party in such a short time. For example the table plan & guest list was finalised on the 17th October, I was proofing the stationery with Emma at A Bespoke Design at gone midnight so goodness knows what time she finished printing! She understood the brief so the end result blended with the flowers & linen perfectly. She designed some autumn leaves for the stationery which included escort cards for garlic and a napkin band for the place cards. 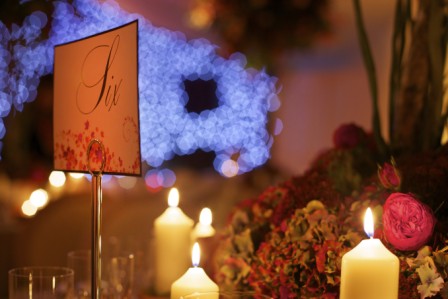 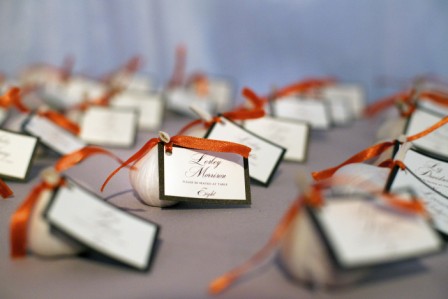 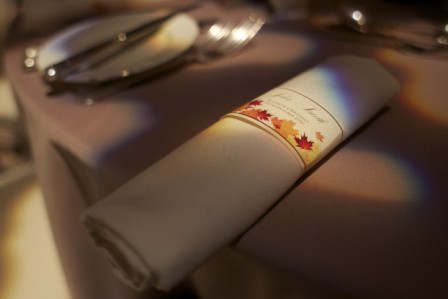 The night before I flew to New York I briefed 2 top florists in London, my client confirmed Euphoric Flowers on the 12th October meaning they had a week to order all the flowers & accessories. I’ve worked with Euphoric many times via the UKAWP events but this was the first function they have done for Dream Occasions. I loved the end result, the trees were just outstanding – the colours were complete gorgeousness. 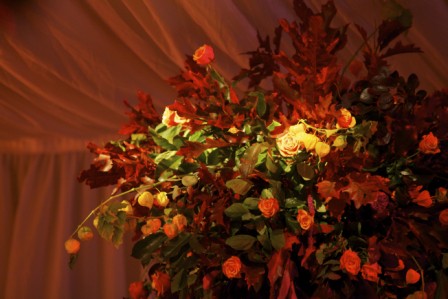 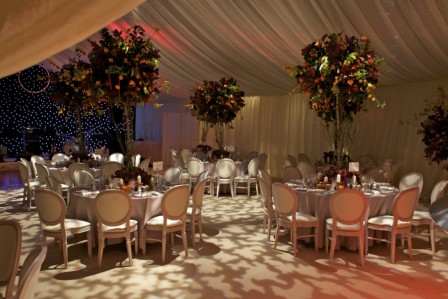 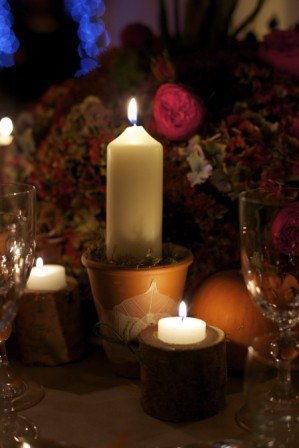 In terms of entertainment we had a pianist for the cocktail hour, fireworks just before dinner, an aerial performer during dinner and The Kitts band to dance to. 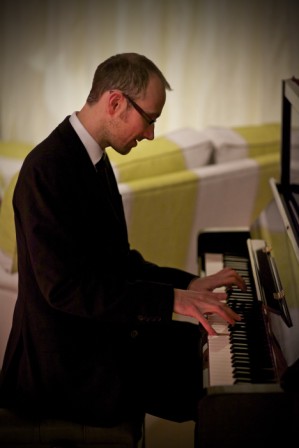 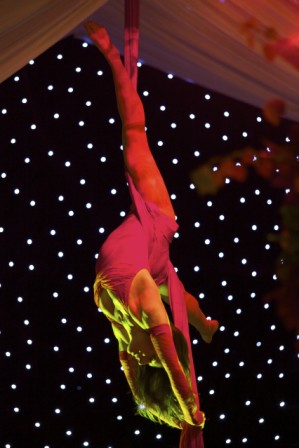 There were no fewer then 22 suppliers at the party and all did an amazing job, my thanks to them all, I’m lucky to work with such talented people. The main suppliers are listed below. 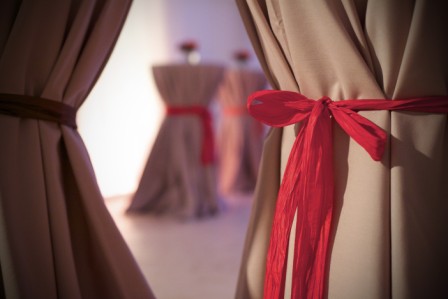