In 2007 I was hired by Kimberley & Paul to help cordinate their wedding & post wedding BBQ the next day. The weekend was a huge success. Fast forward to 2009 and I was contacted by Kimberley to organise a 50th birthday party for Paul. Because of their love of music and the fact Paul plays in a rock band in his spare time, we decided on a rockfestival theme bringing in elements of the 60’s & 70’s.

The first thing we did was to have a logo designed to be used on invitations, posters, menus and staff t-shirts. An image of Paul was manipulated to show him in a tie dye headscarf a-la ‘woodstock’.

The party was to be held in their garden so we needed the right marquee as sadly we couldnt plan the weather. I knew giant tipis would be perfect and so we used 3 of them in a line. 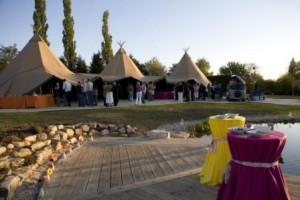 We used their long tables & benches as we felt this was more authentic then banqueting tables. We covered them in bright linen using contrasting colours for the runners. 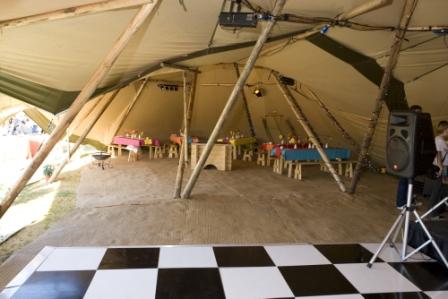 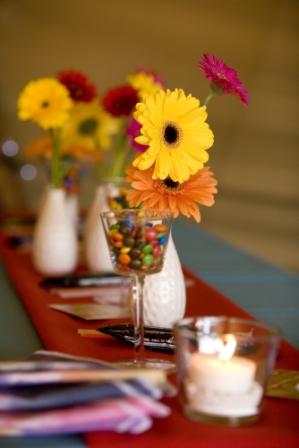 Down the centre of the tables we had small containers with bright gerberas, small jars of M&M chocolates, candles, glow sticks & the printed menus with the schedule on the reverse. 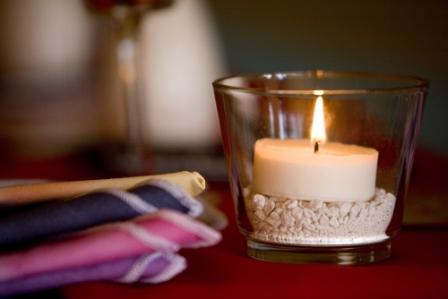 Outside we covered poseur tables with bright linen and cut up tie dye sheets to wrap round the tables. Kimberley and her friend spent hours tie dying the sheet & 130 napkins, the end result looked fab. 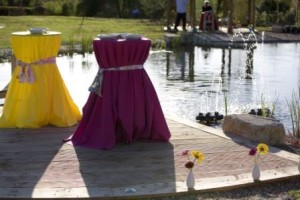 Come back next week for more images of the tipis, garden, food & some of the entertainers we booked.