The moment I met Nicola I felt an instant connection and knew we would have a blast organising her 40th Birthday celebration. Both Nicola and her husband Simon love to party and their own celebration would be no exception. The party was to be held at their home in the garden with over 120 guests attending. 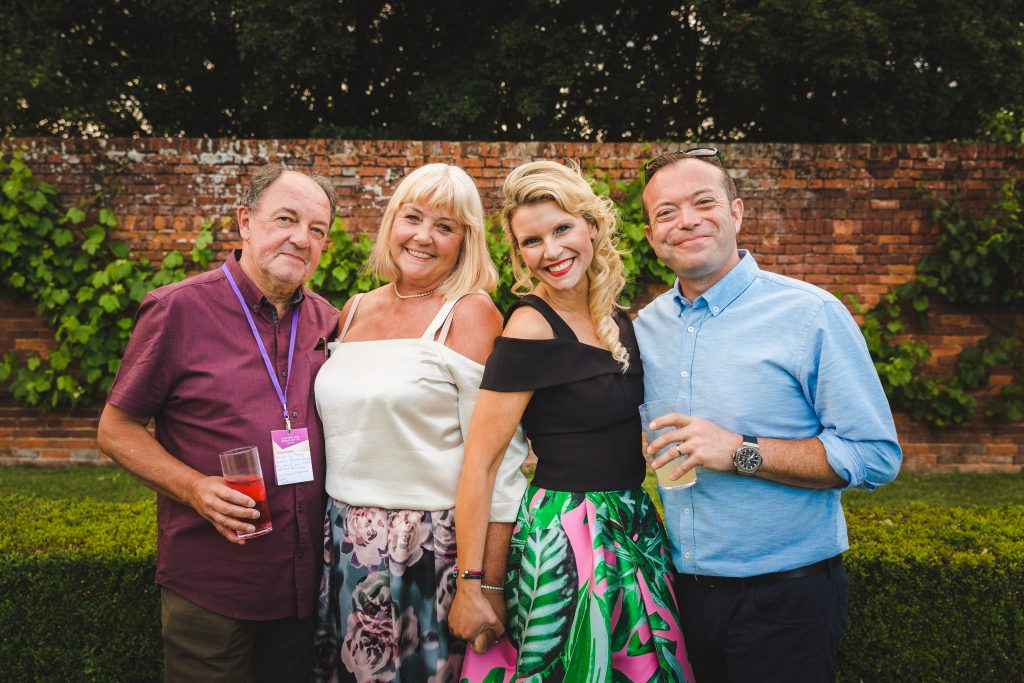 The one thing that Nicola knew she wanted was giant tipis but everything else was an open book. I instantly recommended Events Under Canvas as the tipi company, they are one of my favorite companies with impeccable service so I knew they were the perfect choice. 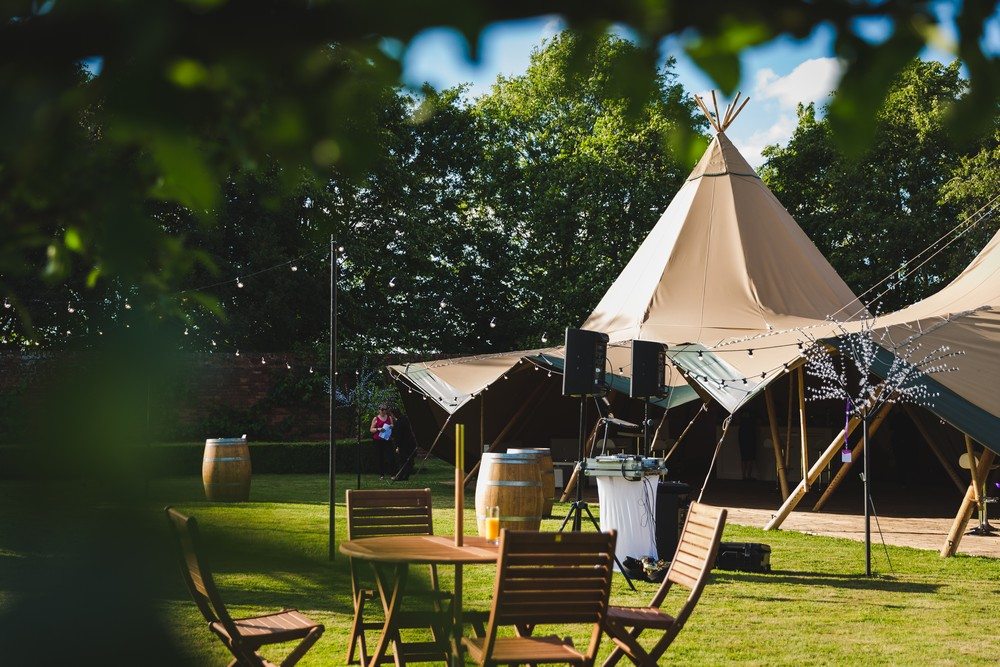 I then set to work on the design, which for me I cannot force, invariably a theme just sneaks up on me. One evening whilst sat at my computer, I watched a clip of an amazing saxophonist playing alongside a DJ in an Ibiza club. I sent this clip over to my client and said “this here is the vibe I’m imagining for your party”. I received an instant message back saying she loved it and the song playing was her favourite. And so the theme for the party was decided “Ibiza Sundowners”. 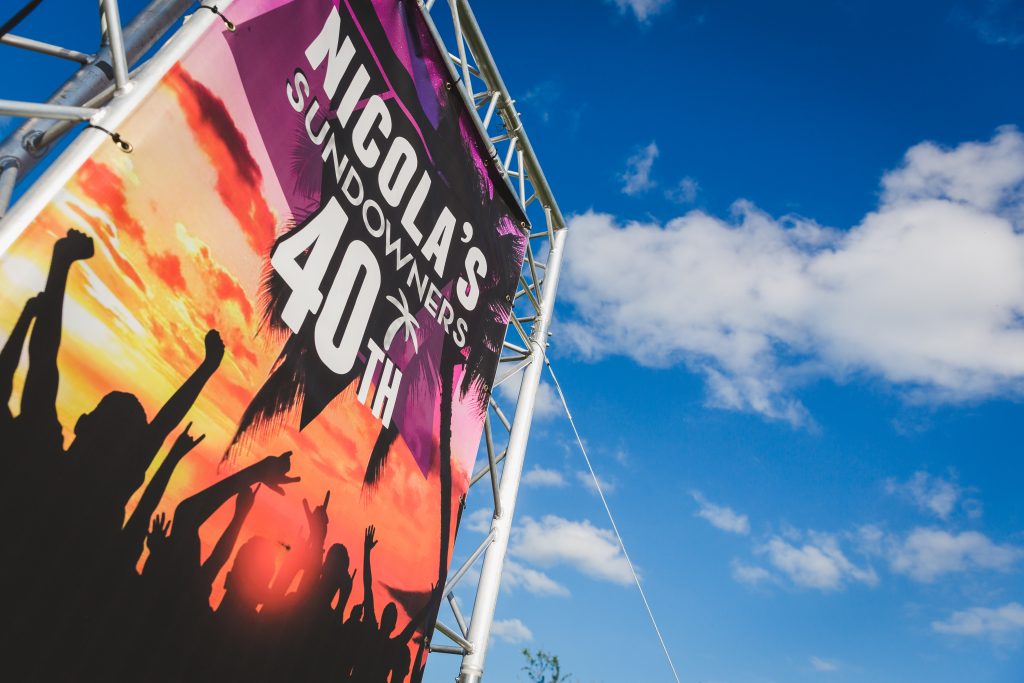 WhiteCottage weddings created a logo design for the party which was used in the lanyard invitations, these included VIP passes to wear on the night before writing a special message and hanging on some LED trees.  A stunning welcome banner was created which James then displayed at the entrance. We also had staff T-Shirts printed for the party with the logo on the front and “Ask me not Nik” on the reverse. Quite often we create branded logos for clients and use them throughout the party, having staff T Shirts means we’re easily recognisable as well. My clients children had a different version saying “finally she’s admitted she’s 40“. 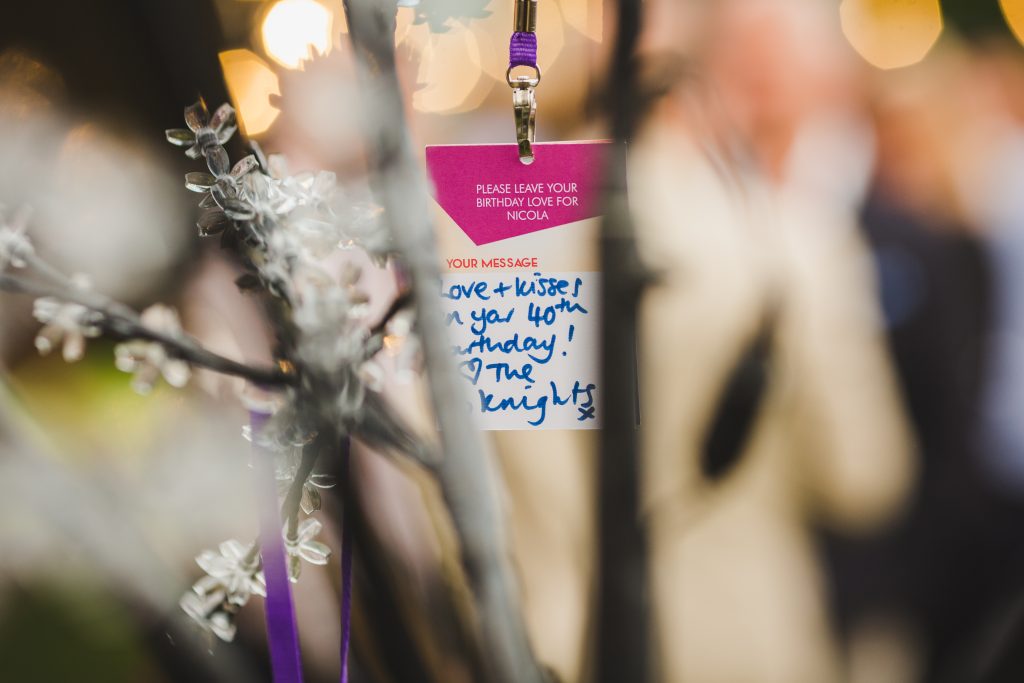 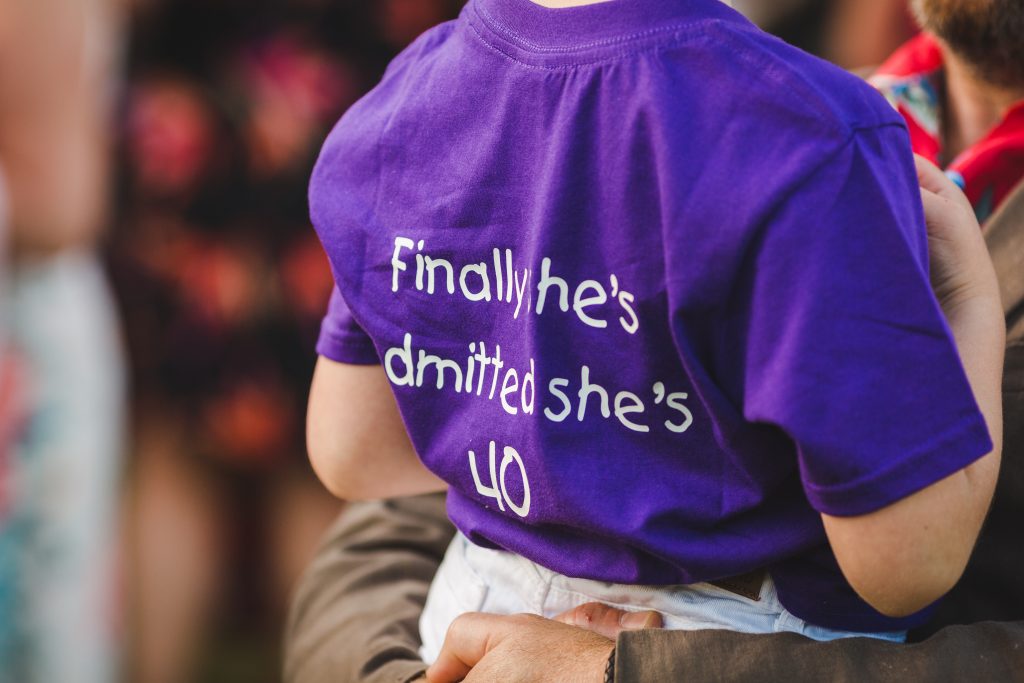 Nicola adored her friends and family and wanted to share some of her special memories from over the years. We decided to create a dramatic walkway leading up to the welcome banner. We installed a bamboo fence alongside the walkway and subsequently stuck 600 photos along it so guests could find themselves when they arrived. Never underestimate how long tasks take, the photos alone took 2 of my team 4 hours in total to put in place! 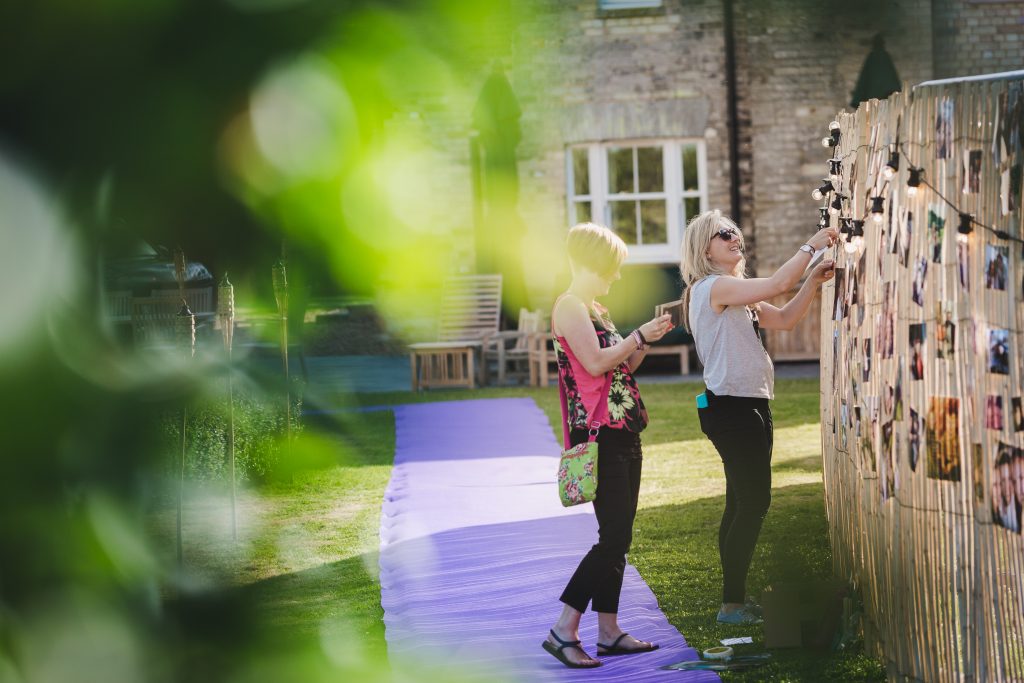 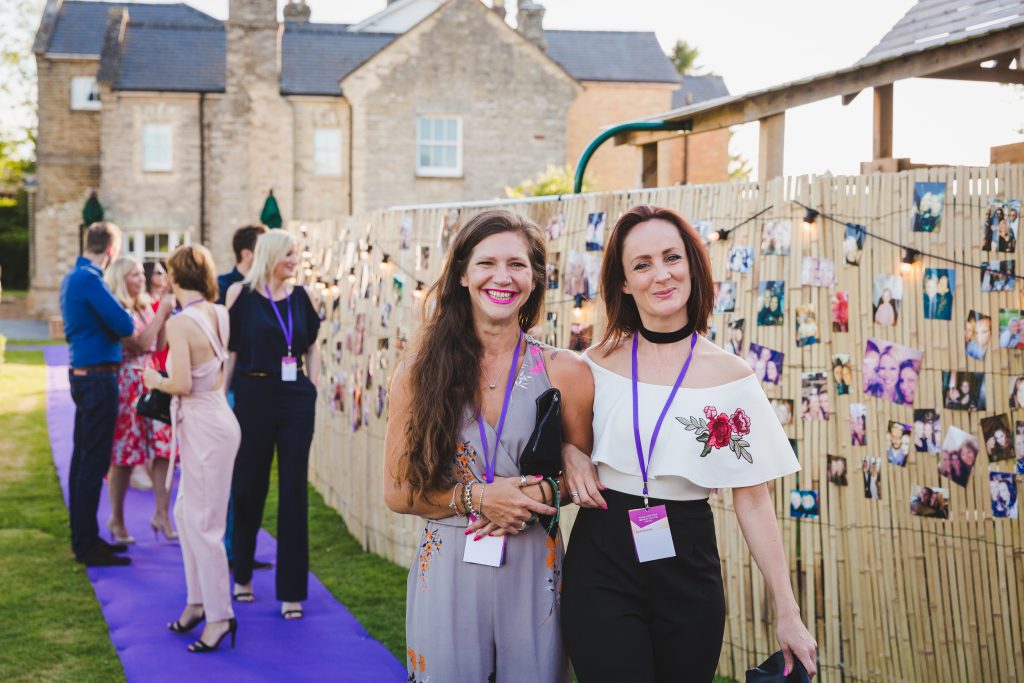 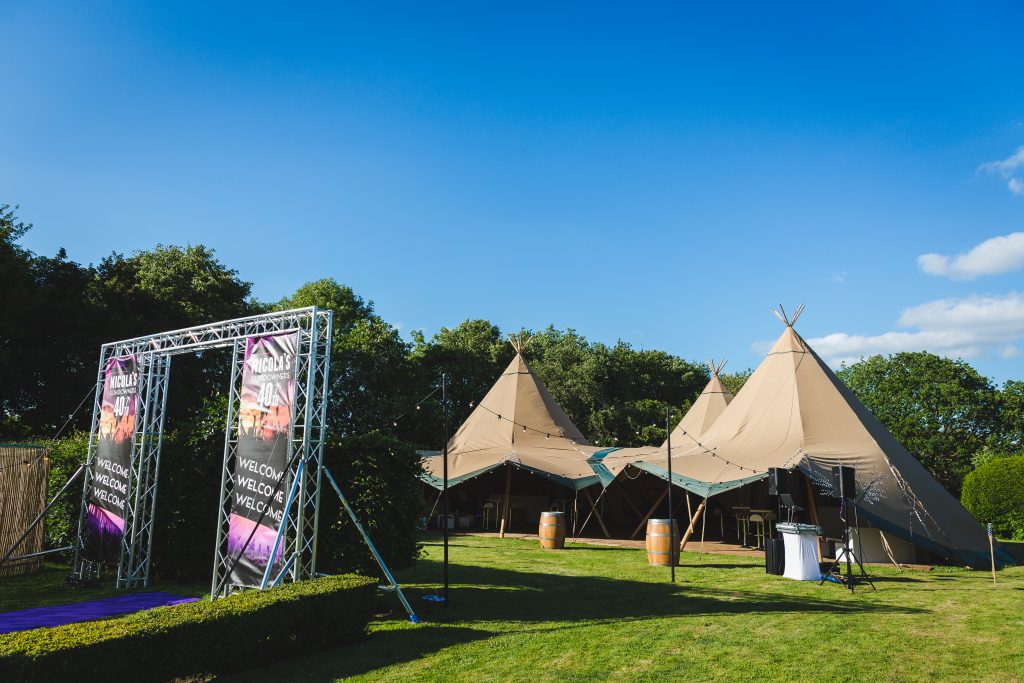 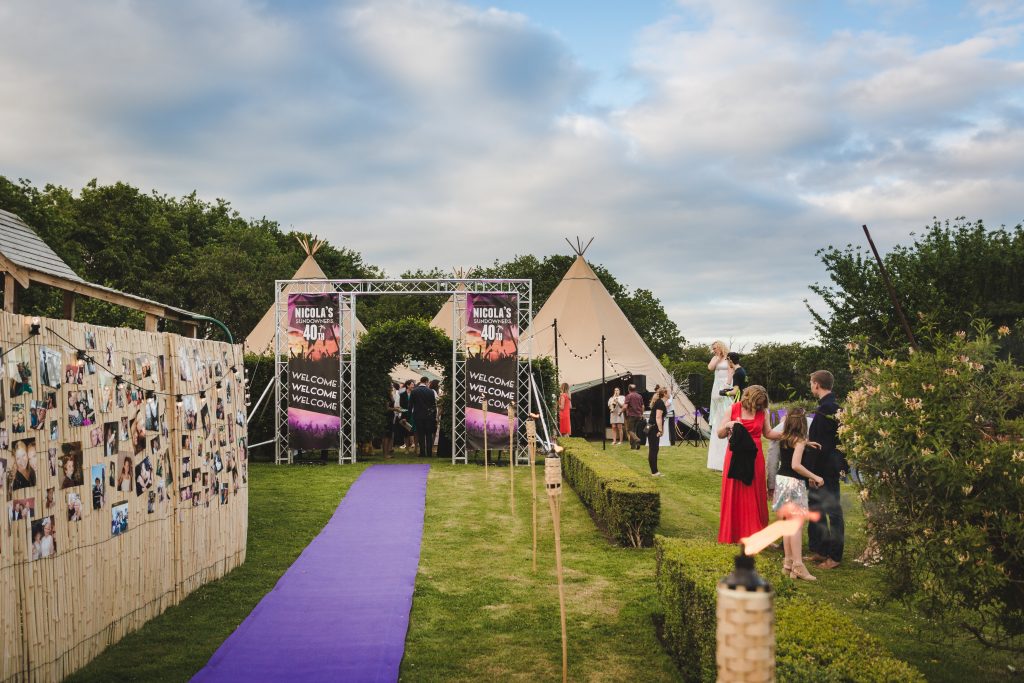 Entertainment is vital for parties and this was no exception, we had stilt walkers for arrival, hoop performance and a fire performance later that night . Our music was provided by Cat on Sax and Dream Wave DJ as guests arrived. Later in the evening we had the fabulous Get Funked to get the dance floor packed. Nicola loves a selfie so of course we need to ensure we had a taxi booth and boy was this used on the night! 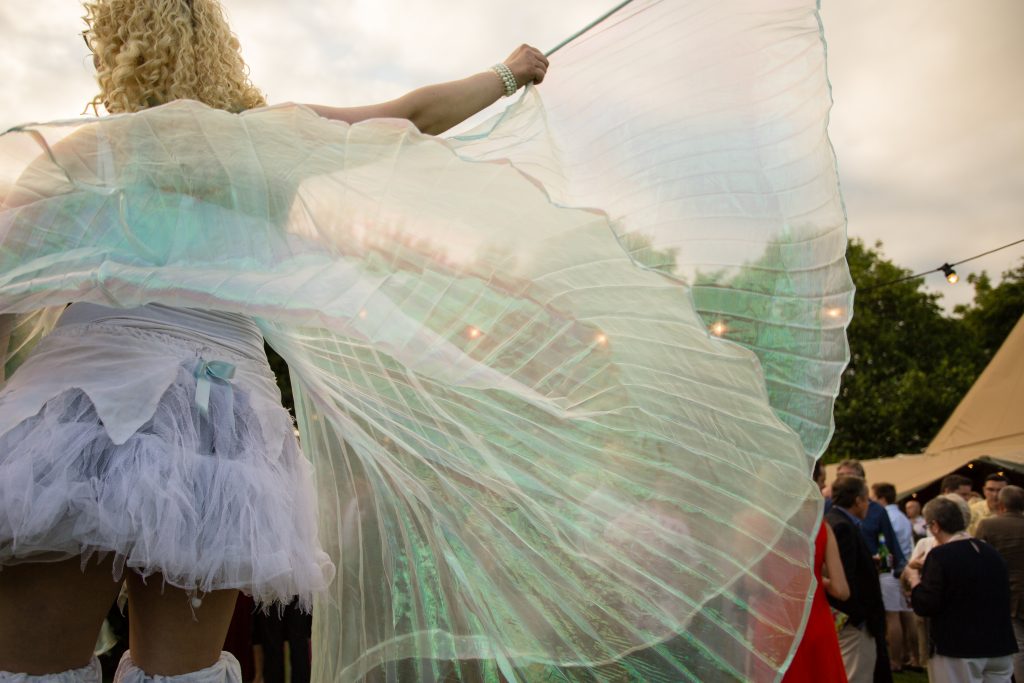 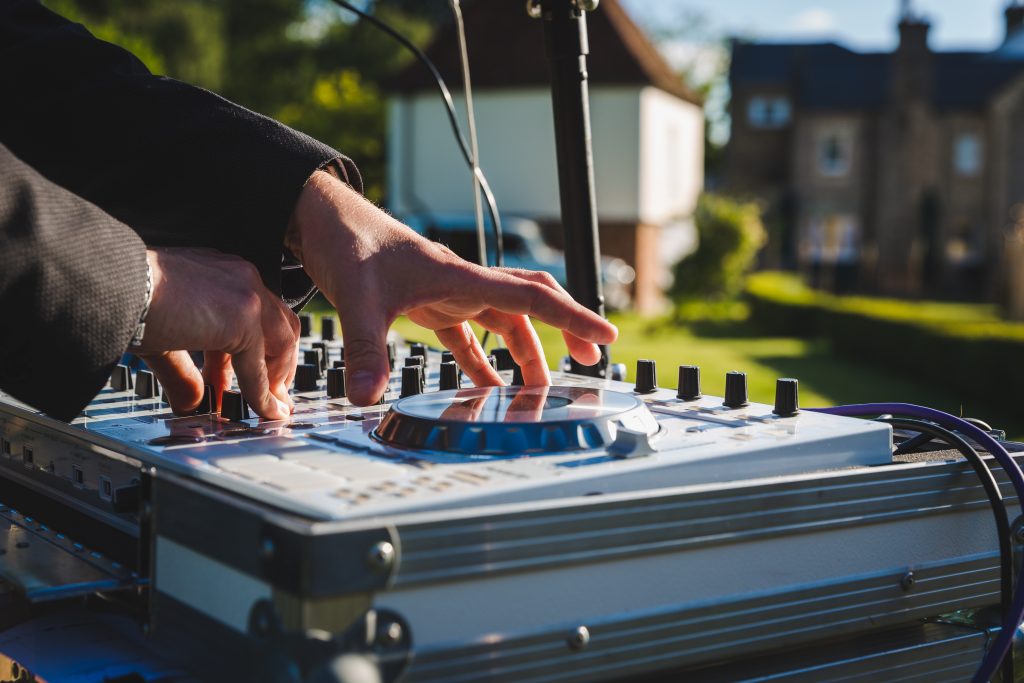 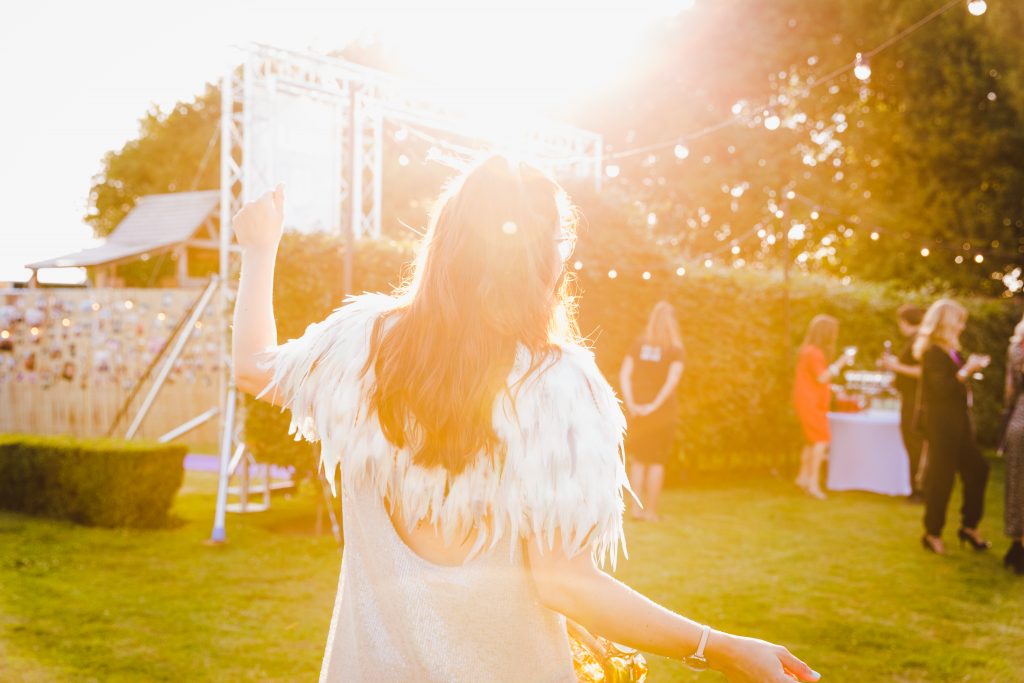 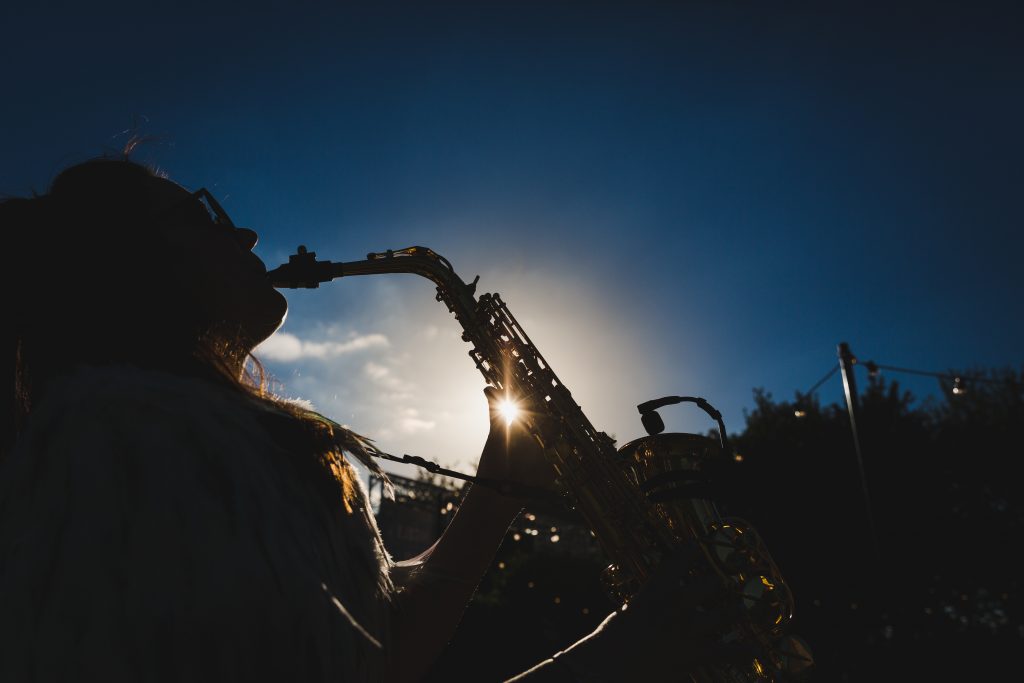 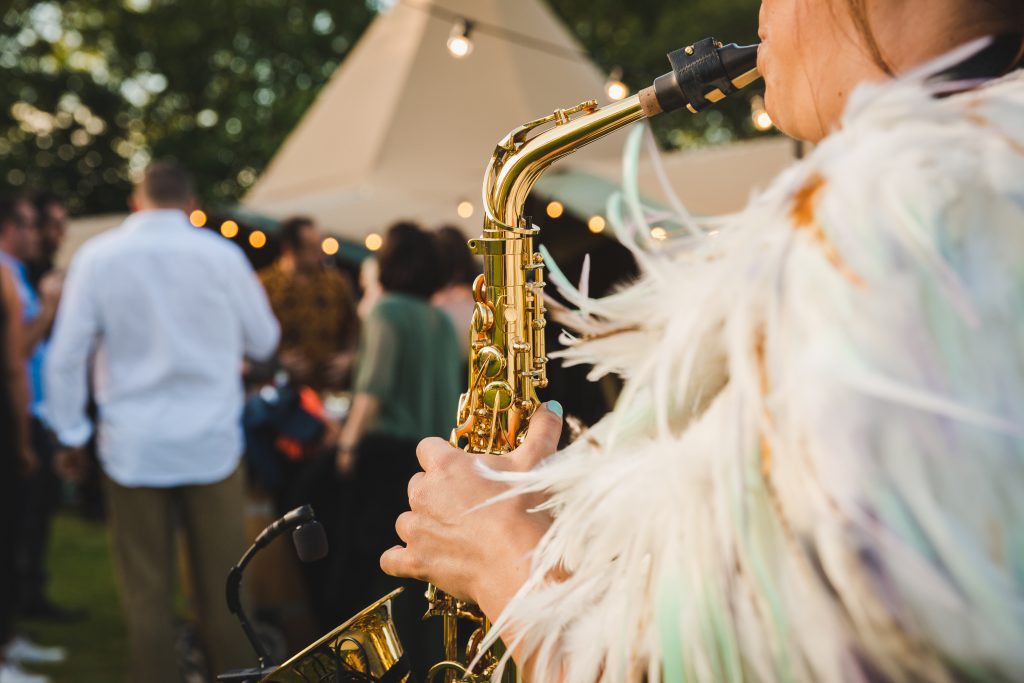 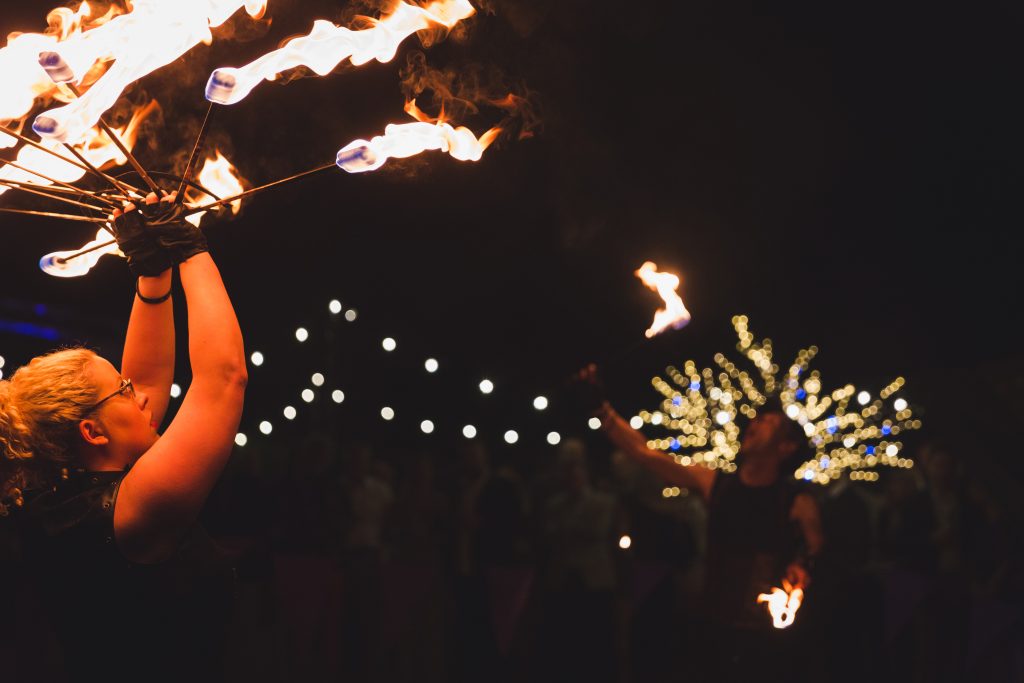 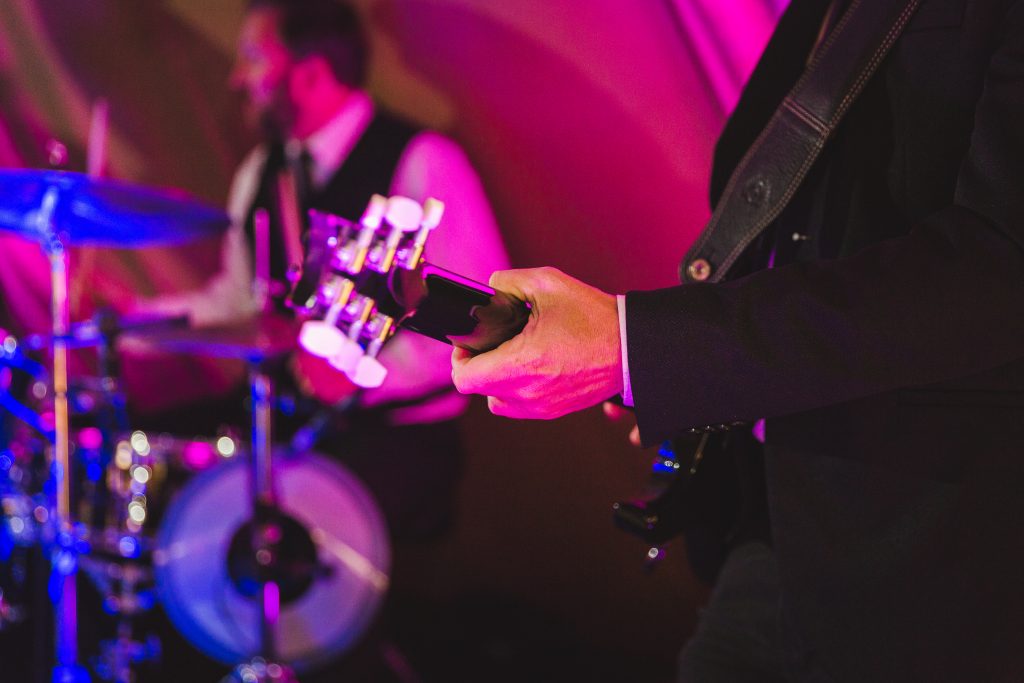 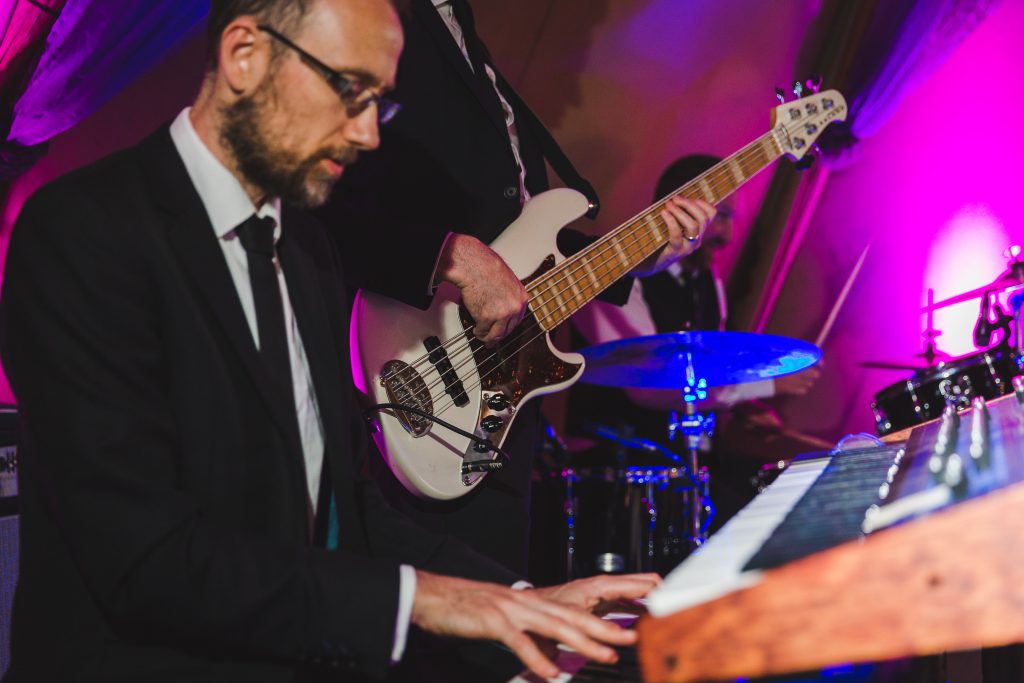 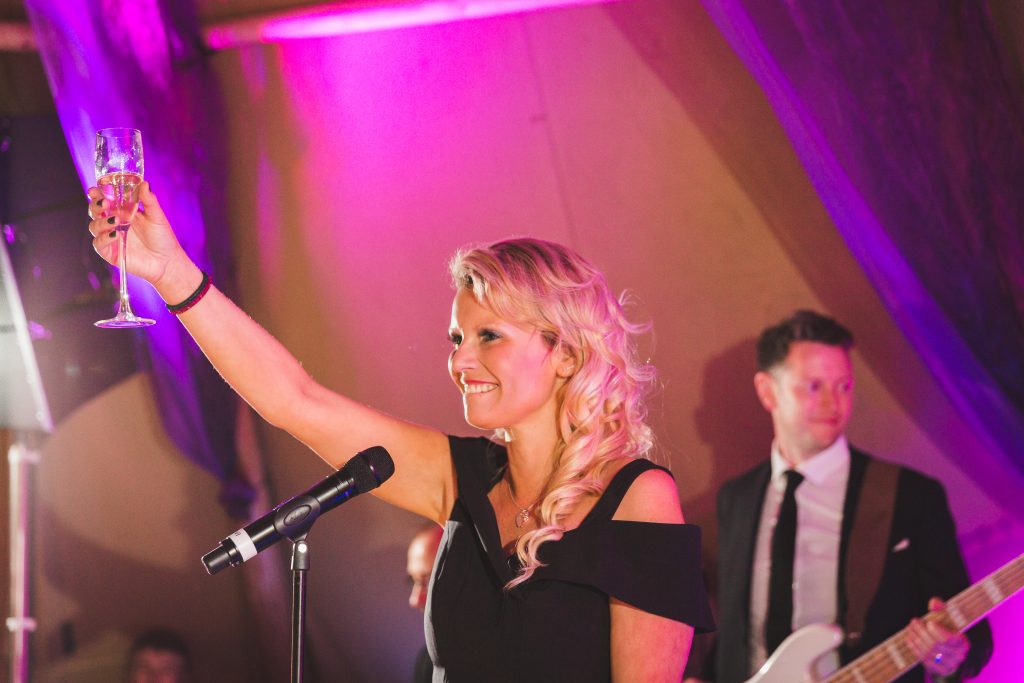 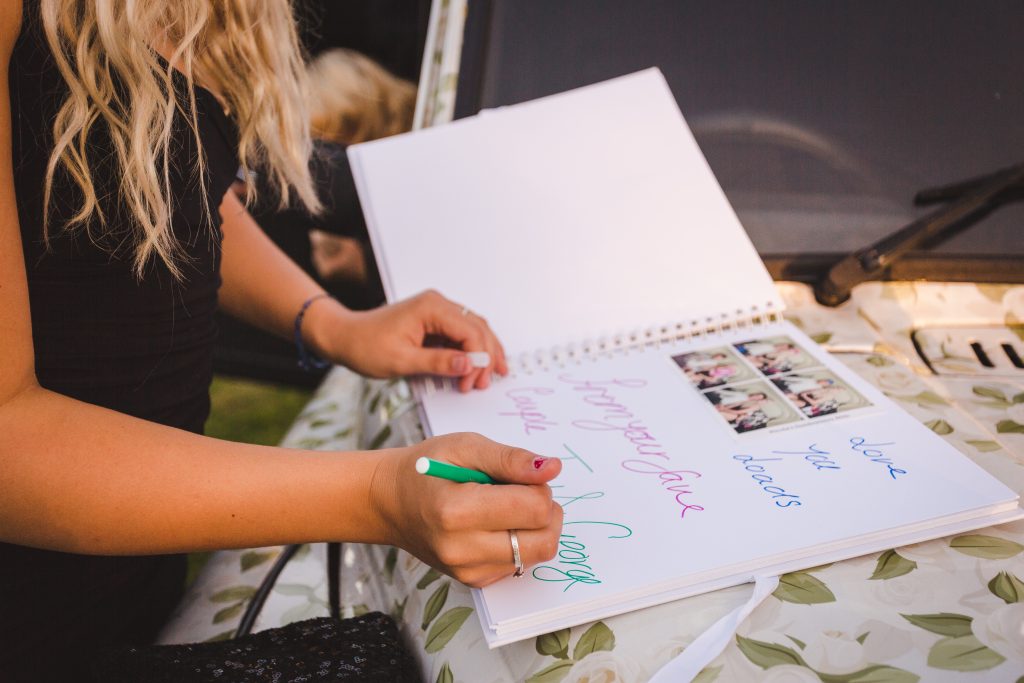 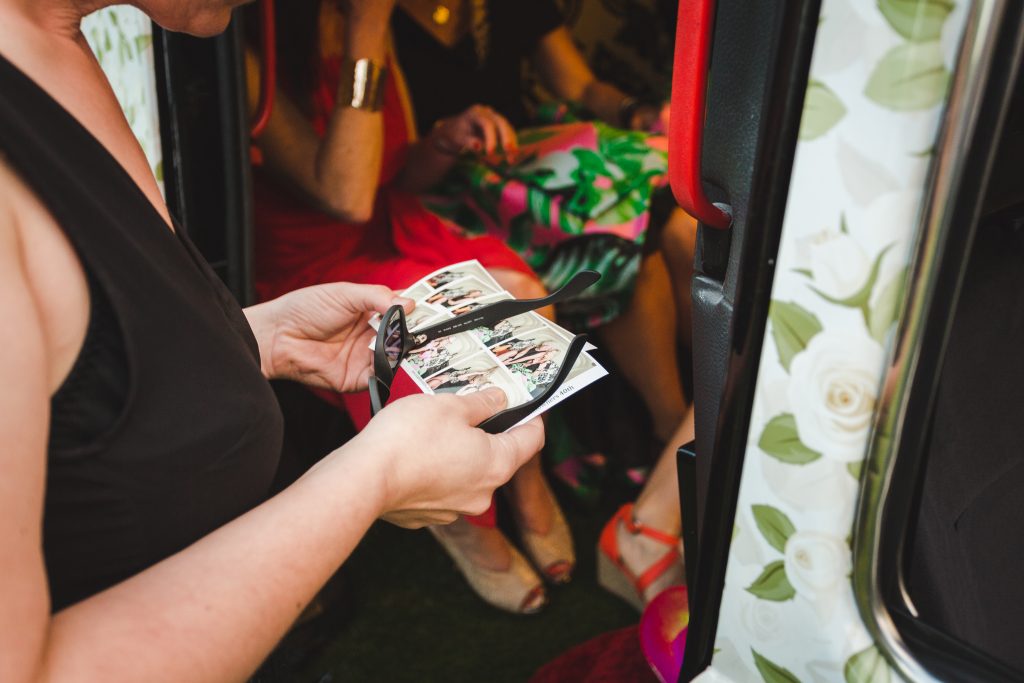 The drinks were provided by cellar 27 who always create the most beautiful concoctions not only in taste but presentation as well. And we had crown catering for the food which oh my word was delicious. At 11pm I used usherette trays to bring round retro ice lollies which was a fun surprise for guests! Huge thank you to spectrum events for loaning me the trays. 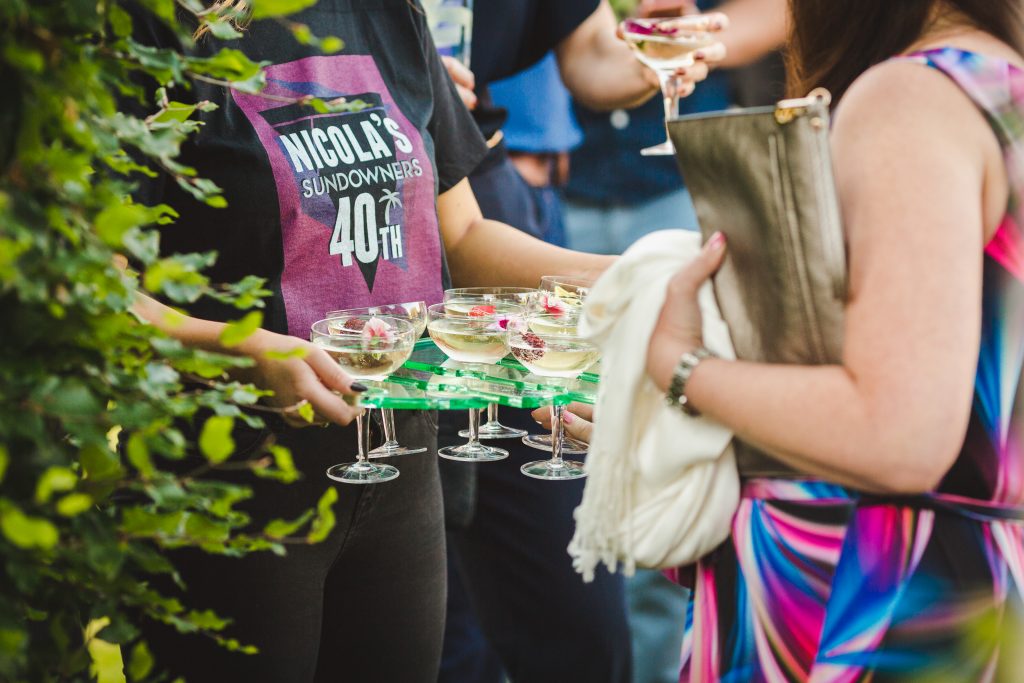 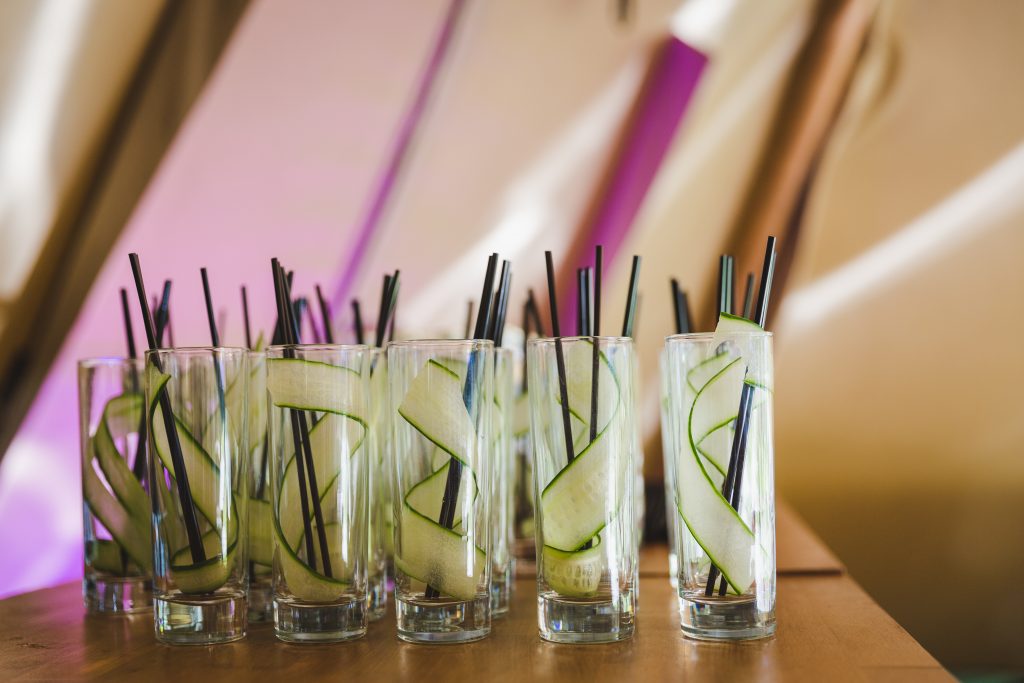 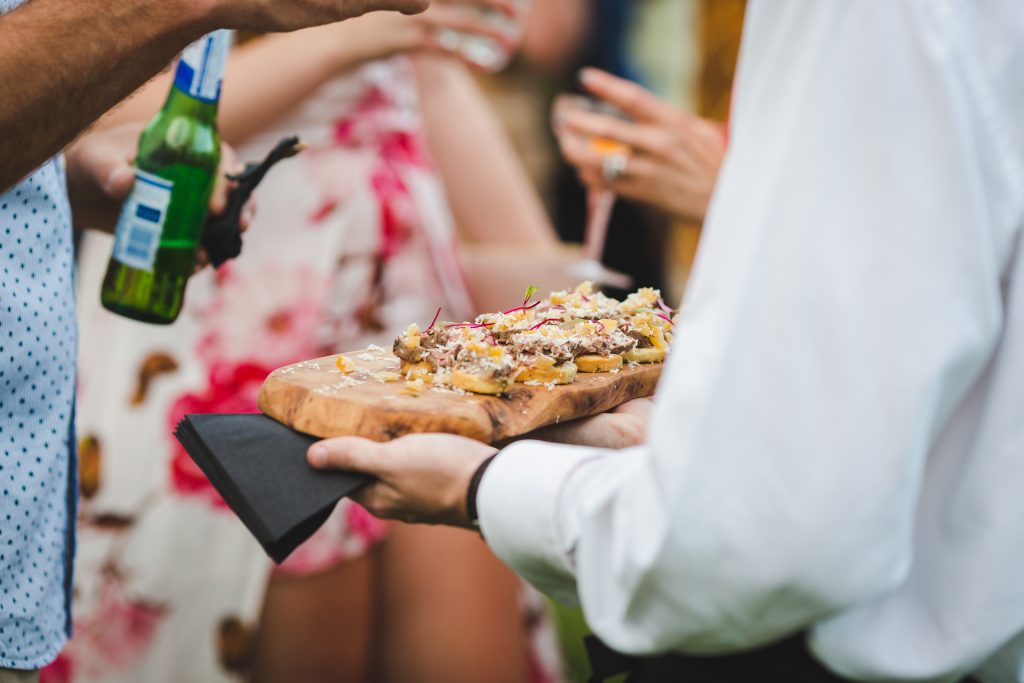 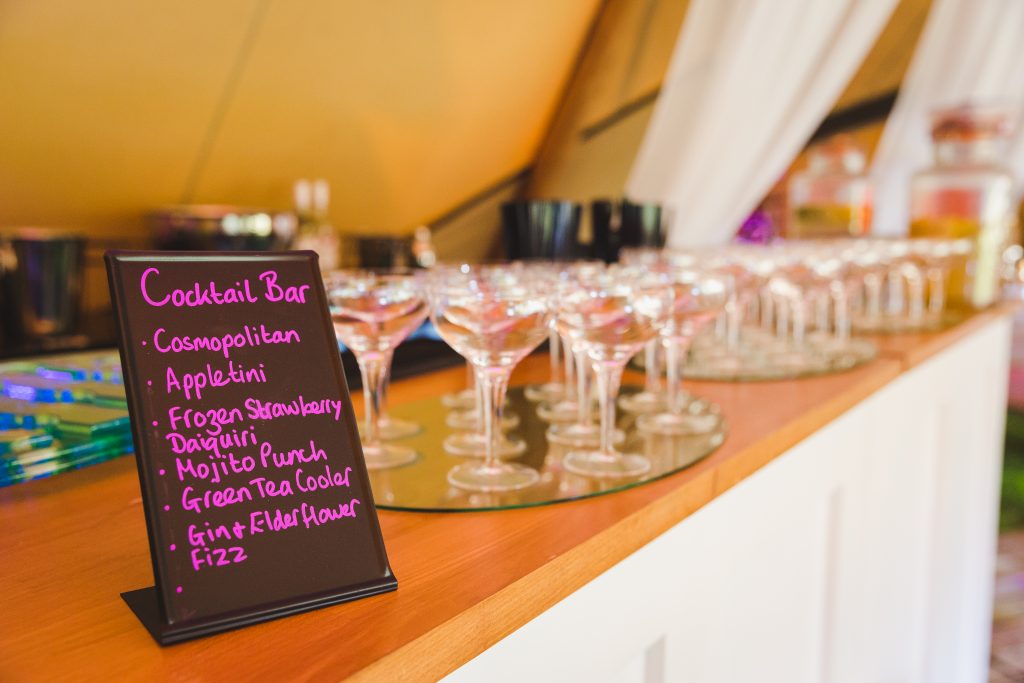 Nicola and I got pretty close over the planning and thus she had sent me a photo of her shoes, because us girls do like to talk shoes! I sent this photo to Heart and Soul cakes who created the most amazing shoe box cake with a sugar iced replica shoe on top. The creativity that went into this cake was outstanding! The photo I have doesn’t do the cake justice, the shoe on top was an exact replica of her party shoes! 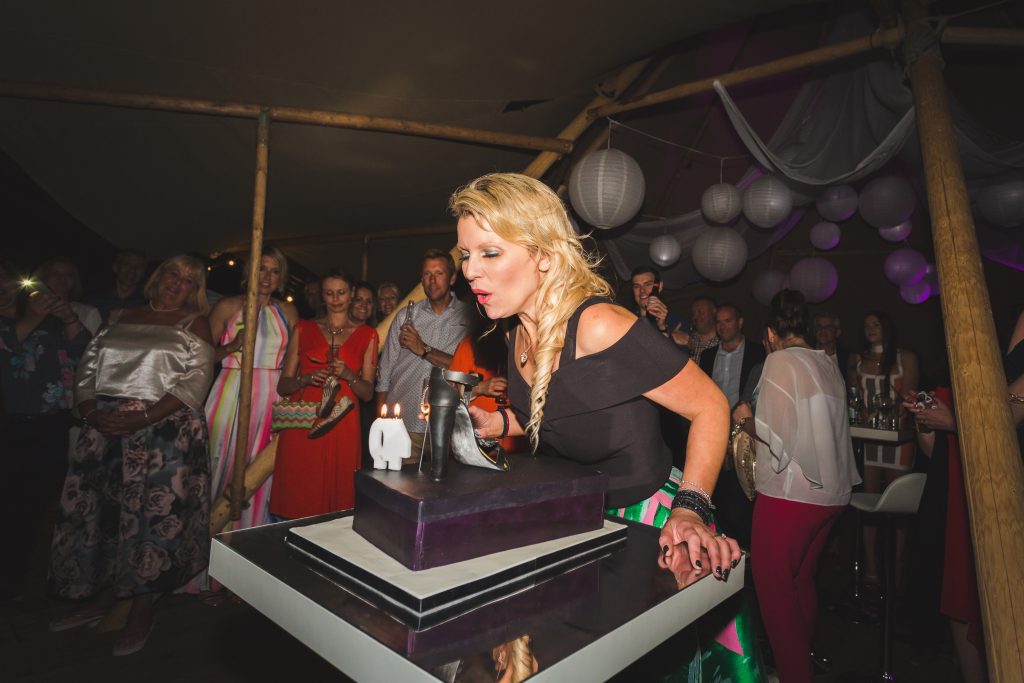 Lisa and I had a lot of fun not only planning but attending this party, you can’t beat a garden party in all honesty! The interior of the tipis included paper lanterns, draping, pink lighting and a bespoke wooden floor made especially for this event (instead of the usual matting that comes as standard with tipis). 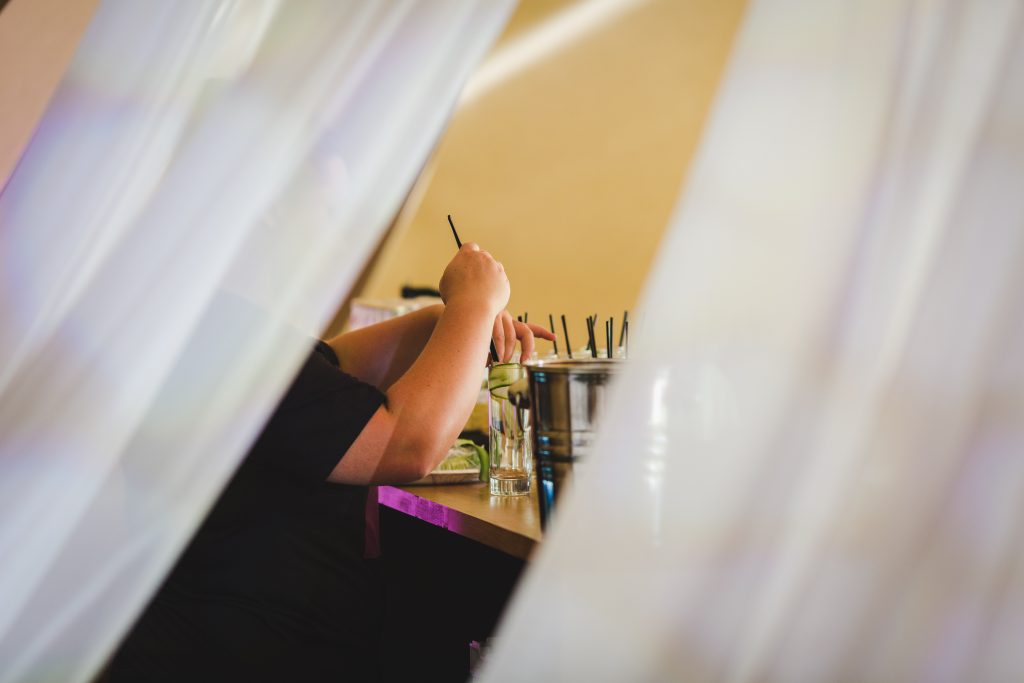 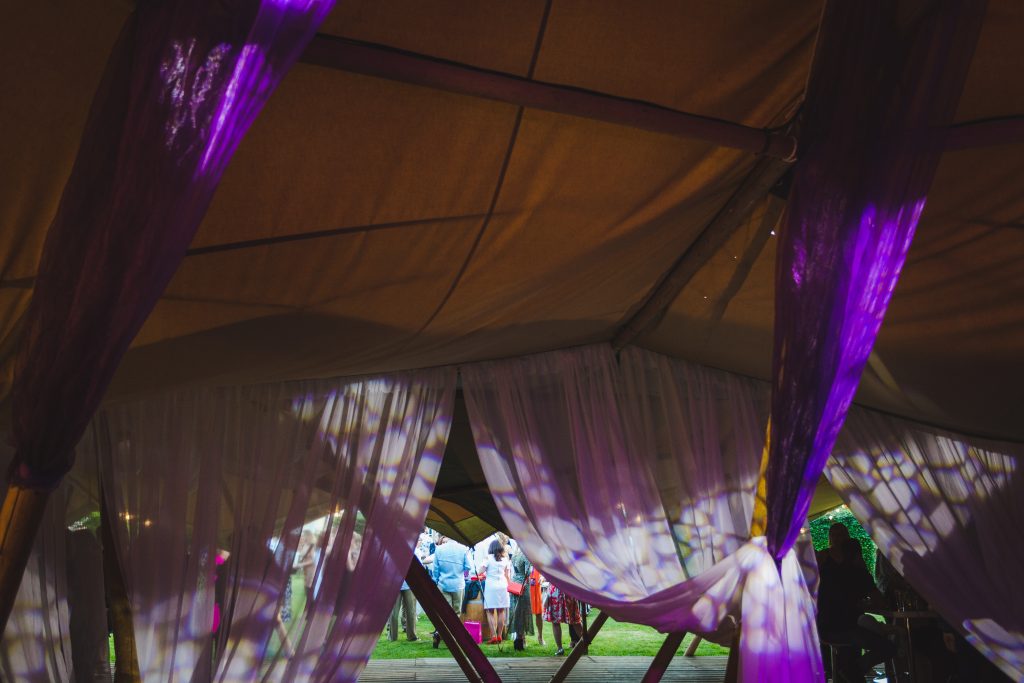 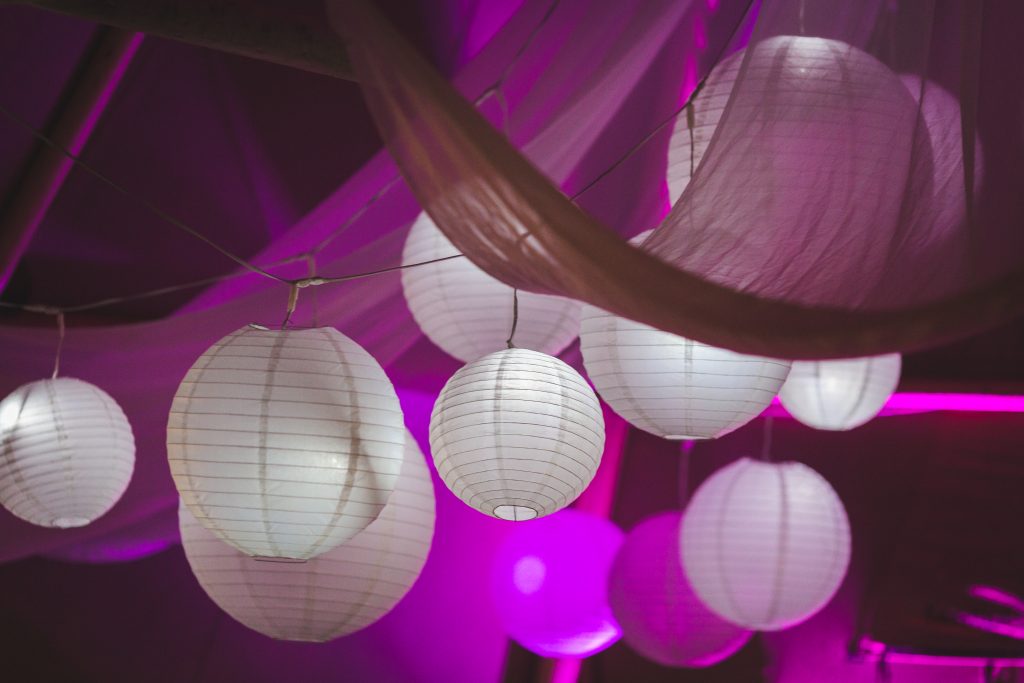 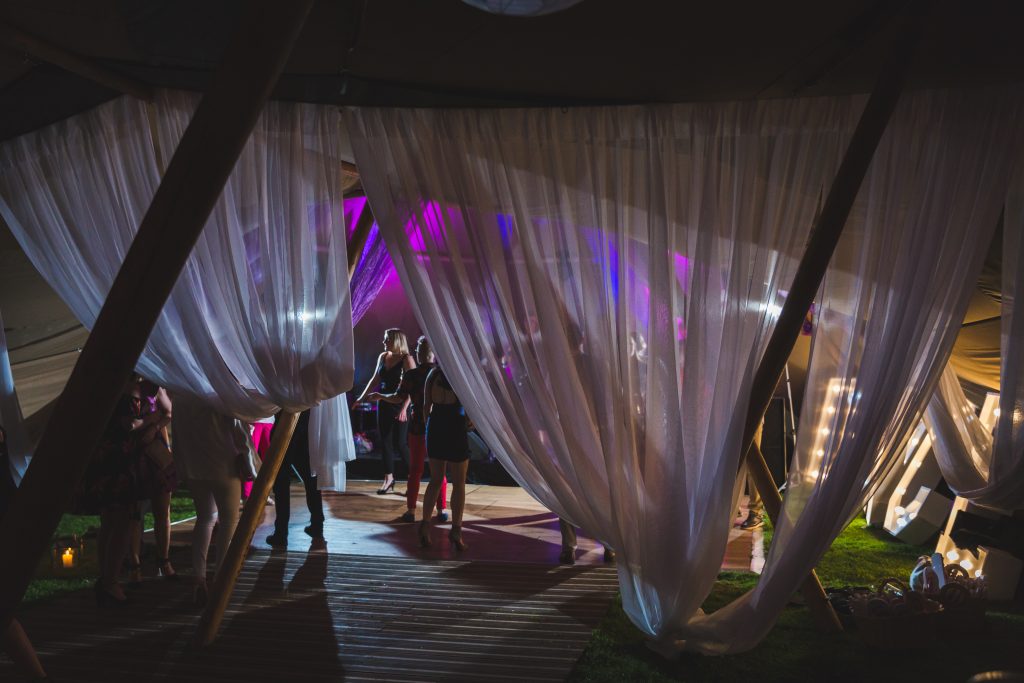 Bernadette made my dream party become a reality!

I clicked with Bernadette immediately because she was attentive, friendly, listened to everything I said and was so full of amazing ideas & suggestions – she’s done her job so well for a number of years now, that for the ideas and plans to become a reality, as the client, appeared seamless and within all time expectations……

I didn’t have to worry or stress about a thing, and as we worked together to create a spectacular event, it became more and more fun working with Bernadette, as she was truly invested in giving me the party I wished for……

Bernadette, you’re amazing, thank you so much, my 40th birthday party is still the ‘talk of the town’ and something for us all to remember forever!

If you have a milestone celebration to organise and would like some support please do get in touch. I specialise in organising parties in my client homes with a particular passion for tipis and marquees. Learn more via my party page.