Last week I visited a new venue that has opened its doors to weddings. Hengrave Hall is located just north of Bury St Edmunds in Suffolk and boasts almost fifty acres of sweeping lawns and meadows, a majestic lake, and its own idyllic chapel. Its grace and historical charm offers the perfect ambience for any number of memorable.

As you can imagine I have visited many venues over the years but Hengrave enchanted me in a way others have not. Yes this Tudor Mansion has been renovated and decorated with utmost care, but it is more then that, I think perhaps its it little touches that have been put in place or maybe it’s the vibrant history. I shall try to highlight some of the magic in this post but if you are wishing to marry in Suffolk do go visit for yourself.

Built in 1525 by a wealthy cloth merchant, Thomas Kytson, the Hall is a stunning example of the great architecture of medieval England and took almost thirteen years to complete. Composed of brick and stonework, its structure reveals the Roman influence over the Tudors and, despite its fifteenth-century embellishments, certain features disclose its Saxon origins, such as the church tower just east of the Hall itself. In 1578, Sir Thomas Kytson the younger entertained Queen Elizabeth on her progress to and from Norwich. Many further tales across the centuries are to be unraveled in Hengrave’s treasure-trove of secrets: a turbulent marriage; the invasion of Cromwell’s soldiers; a daughter desired by three suitors and married to each in turn; a Baronet by Charles II; a page of honour to Louis XIV; the Canonesses of St Augustine; and a heritage lasting nine generations.

Some of the rooms

The Long Gallery has fine white timber panelling, crystal chandeliers, subtle tones and charming view of the west garden, is perfect for wedding breakfasts or other jovial affairs.
Seats a maximum of 130 people. 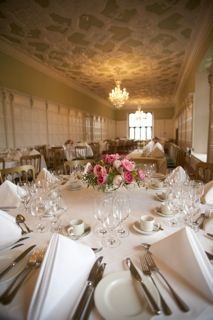 The Chapel, known as the Oratory, contains a beautiful sixteenth-century window with stained glass, depicting twenty-one biblical scenes from the Creation to the Last Judgement. I especially loved the lookout tower and could imagine someone keeping watch for the Kings army whilst a catholic service was taking place.

Play Room is fully equipped with a selection of games and toys to ensure younger guests are entertained. It has the most amazing vibrant chandelier in the room. I think this is the first venue I have visited that has a dedicated room for younger guests. The owner has also created a baby changing room near the toilets which again is a little touch welcomed by mothers everywhere. 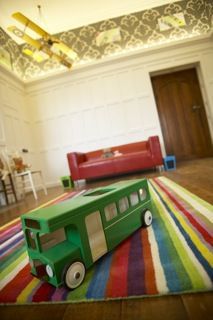 Queen Elizabeth’s Chamber, so called because Elizabeth I is reported to have used the chamber during her visit to Hengrave, is elegantly panelled in oak, with Tudor roses, fleurs de lis and the initials ‘ER’ moulded into the ceiling. It is the perfect location for the bride as she prepares for her big day.

Blue Chamber is a great ‘den’ for the groom and his ushers, with various games including a pool table it gives them a chance to unwind. It also has an oversized clock so they wont be late and a wet room. 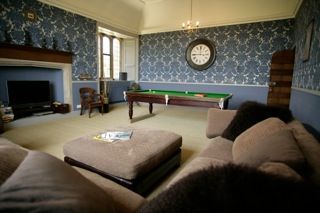 Toilets ok I won’t go into the details but wow, I doubt there are many 5 star hotels that have toilets this good!

St John the Lateran church within the grounds is licensed for all christian weddings EXCLUDING Church of England ceremonies but you can have a blessing. 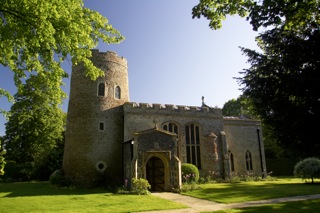 The prices varies depending on the day of the week and season but range from £3-6k. All catering is handled by Le Talbooth Caterers.