A good relationship has a pattern like a dance and is built on some of the same rules. The partners do not need to hold on tightly, because they move confidently in the same pattern, intricate but gay and swift and free, like a country dance of Mozart’s. To touch heavily would be to arrest the pattern and freeze the movement, to check the endlessly changing beauty of its unfolding. There is no place here for the possessive clutch, the clinging arm, the heavy hand; only the barest touch in passing. Now arm in arm, now face to face, now back to back — it does not matter which. Because they know they are partners moving to the same rhythm, creating a pattern together, and being invisibly nourished by it.” –  —  Anne Morrow Lindbergh (1906-2001) 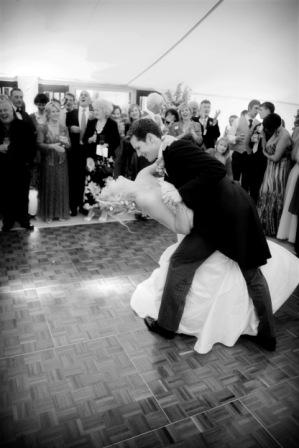 Posted in Readings and tagged A Good Relationship Has a Pattern Like a Dance, Anne Morrow Lindbergh